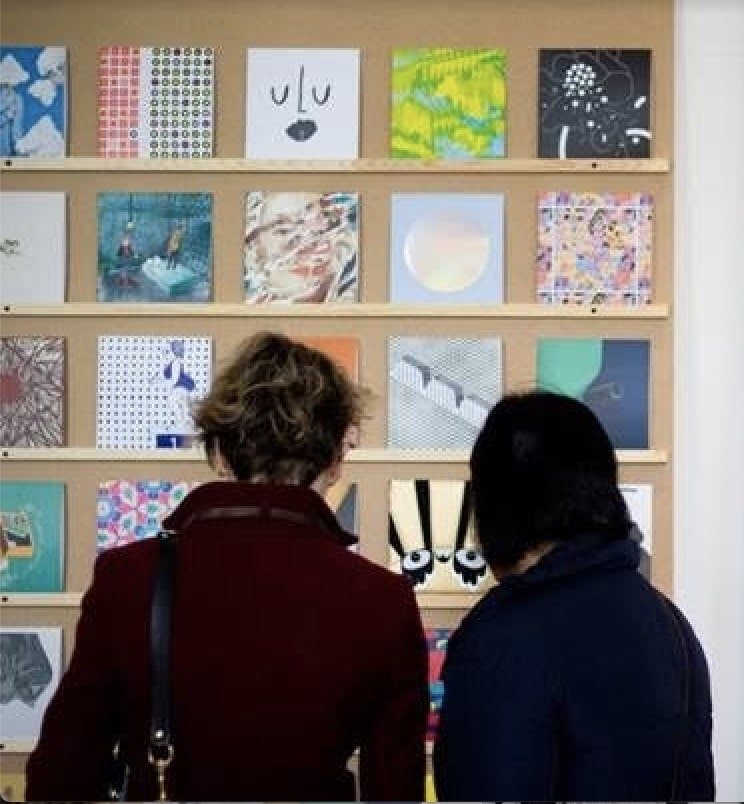 THE SECRET’S OUT: THE FINAL SECRET 7” IS ON ITS WAY

After 4,200 records and nearly £250,000 raised for charity, Secret 7” are taking its bespoke record collection for one final spin.

There’s something special about the seven inch. While we love an LP as much as the next vinyl aficionado, there’s something acutely cute about a single pressed on wax. Just a few minutes of escapism, over in the flash of a needle, leaving you wanting more.

It’s how we feel about Secret 7” too. Started back in 2012 by Kevin King and Jordan Stokes, its aim was to link art and music via limited edition records, seeing beloved album tracks and singles pressed as one-off, one-tune discs.

This year, there’s a bang-on batch of bangers to contend with. There are three golden oldies: Aretha Franklin’s “One Step Ahead,” Bob Dylan’s “Blind Willie McTell” and Miles Davis’ “Miles Runs the Voodoo Down.” ’90s kids will be happy to note the Foo Fighters’ first major single “This Is A Call” on there. Completing the list are some more recent tunes: “Come Over” by The Internet, “Toast” by reggae star Koffee and Vampire Weekend’s “Harmony Hall.”

Each single is limited to 100 copies, meaning there are 700 in total. Here’s the fun part: every record is different. The secret’s up their sleeves as each record’s artwork is designed by a different artist. From buzzy young things to established legends (Yoko Ono, Anish Kapoor, Gilbert & George) it’s all to play for.

The second twist? You don’t know the identity of the designer until you’ve snapped up the record (hence the whole “secret” thing), which means you suddenly could find yourself clutching a Paul Smith piece. Nice.

“Streaming is great, but it can’t tick all the boxes for all music fans,” King says. “The sense of collectability and the community around buying records is a big driver in the enduring and new appeal for vinyl. I’m a big suffer of choice paralysis when it comes to Spotify. My top songs of 2019 were basically the same as the year before and the year before that, whereas for me personally I tend to discover and absorb more about an artist when I’m holding their work in my hands.”

“Choosing a charity each year also has an element of considering a working relationship too,” Stokes says. “We like to collaborate with amazing people in all areas of Secret 7″ and this is a key factor for us in the organisation or charity we support each year. We like to meet different charities and gauge who we can really make an impact working with and who we’ll enjoy working with on the project. We like to find kindred spirits and people who we click with.”

“We pick causes that are close to our hearts,” King adds. “Help Refugees are an inspirational cause that started as a bunch of mates mobilising themselves to do good. In just a few years, they’ve reached over one million displaced people, worked with over 35,000 volunteers and currently supports over 120 projects across Europe, the Middle East and the U.S.-Mexico border. Each of these projects is powered by ordinary people who are doing extraordinary work.

Sadly, as Nelly Furtado said, all things have to come to an end. Since it’s the seventh installment, it’s the curtain-call for the campaign. But what a showing it’s had. As the founders put it: “By the time Secret 7” 2020 comes to a close, we will have made 4,900 one-of-a-kind records for 49 different tracks and raised over £250,000 for good causes.”

Plus, like we said with our favourite singles, it’s good to leave you wanting more. “Over the years we’ve been developing and pushing the project, and now it feels like we’ve reached its logical conclusion,” they say. “Ending on the seventh year, feels wonderfully apt. We’re looking forward to celebrating the power of art and music for the last time as Secret 7″.”

There’s still time to get involved. If you’d like to submit artwork, you’ve got until the 10th of March to whizz something over. All the records will then go on display at NOW Gallery from 9th May to 30th May on the Greenwich Peninsula, hosted in partnership with Camden Town Brewery and Columbia Records.

Every record will then go on sale 31st May, giving you the perfect excuse to grab an early Father’s Day record (and one for yourself, obviously).

You’ll have to be rapid come May, though. The longest queue they’ve had for the sale has been 52 hours—so dust off your old DoE tent, rediscover your favourite mixtape and pray to Dave Grohl that you’ll cop yourself a copy.

For now, here are some of the special sleeves Secret 7” has seen over the years, submitted from artists, fashion designers and musicians.