Bear Hands took a camera on tour and sent us some of the pictures. Ted Feldman from the band explains what’s going on.

0924Portland
“Loser”
Soundcheck, Crystal Ballroom, Portland, OR. 2nd night of the tour with Foals and Kiev. Post-soundcheck, I went to Powell’s and bought a couple books. Post-show, we all went for drinks at Mary’s. 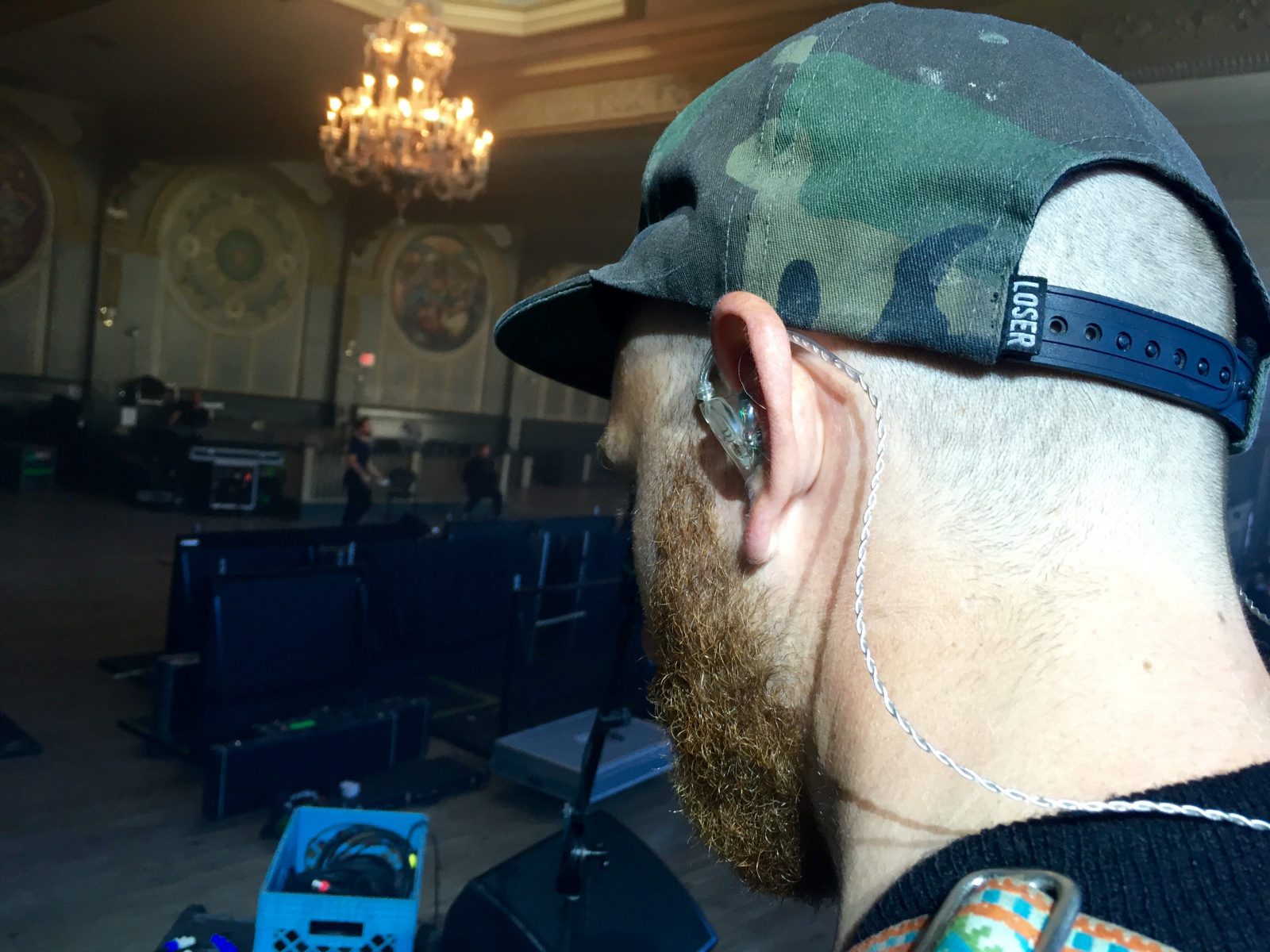 Obligatory van shot. We spend a lot of time there. Val and Will are either talking to their girlfriends, or each other. 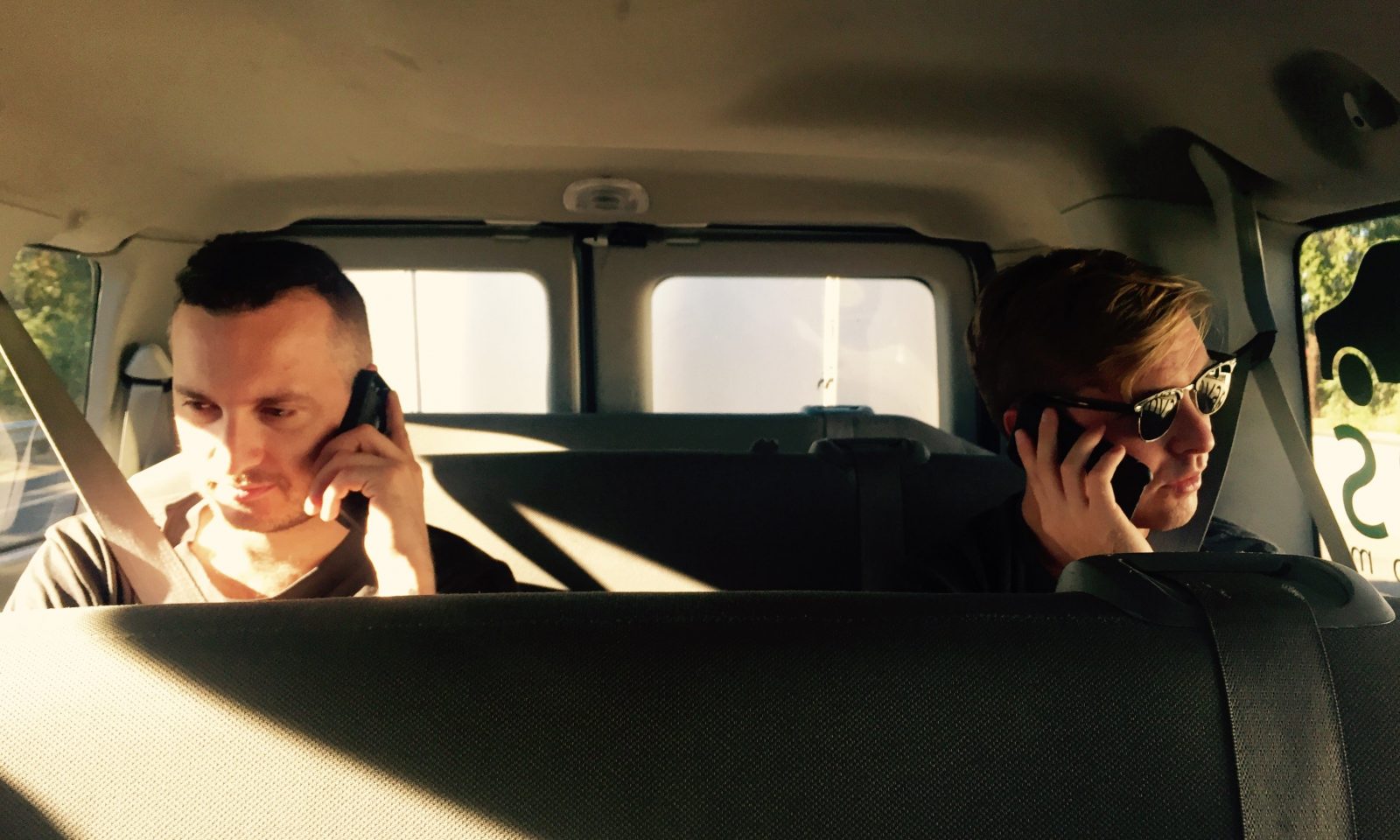 0928SanDiego
“The Dinghy Doctor”
Following an afternoon tour of Modern Times brewery with some fans, we were drunk enough to insist on taking this photo. 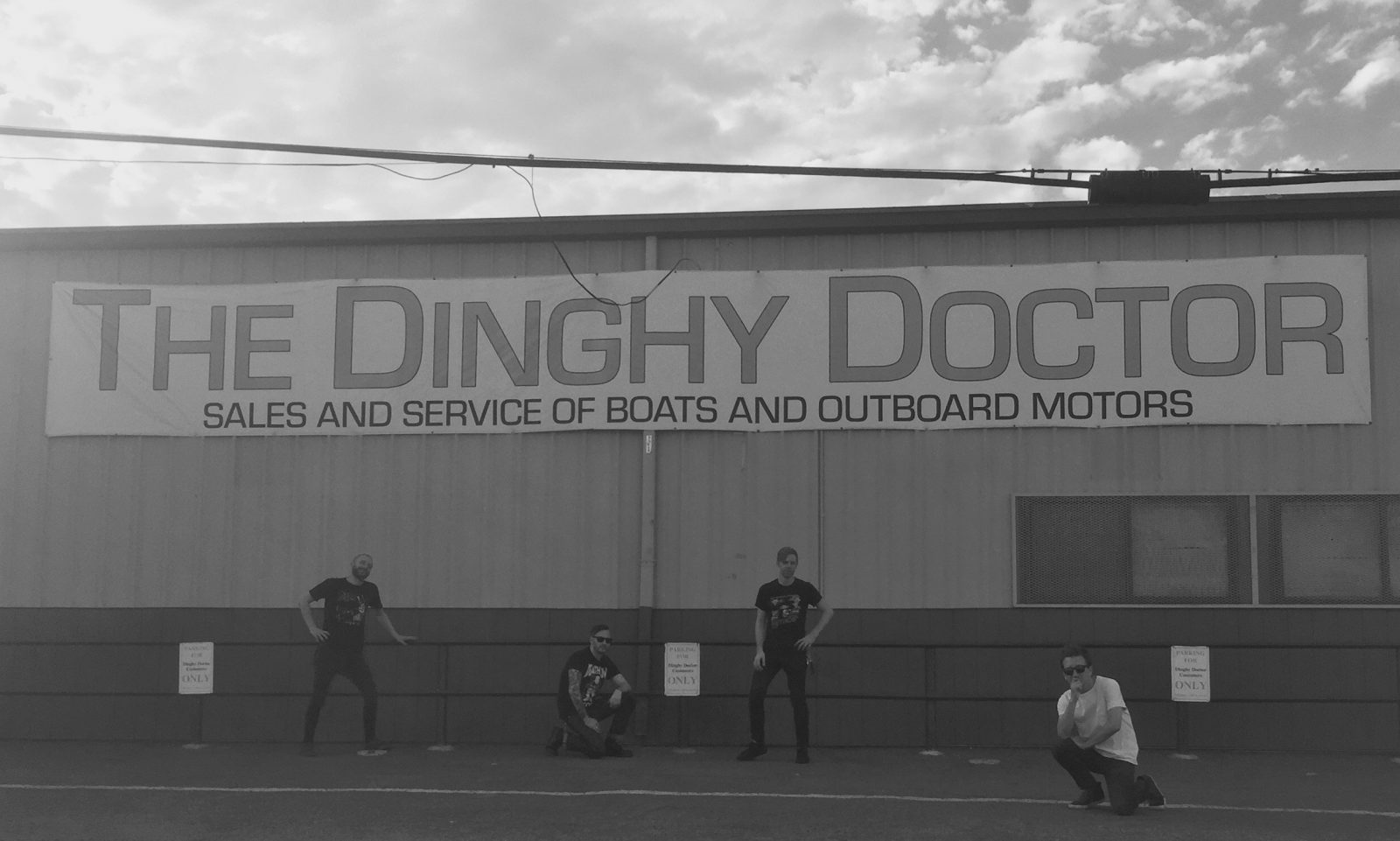 0930LasVegas
“Vegas”
L to R: Will, Jake, Aaron, Val, TJ, TJ, Jake, Jake
We played in a casino and they put us up in Instagram-baiting rooms like this.
It was a fun show with Gothic Tropic opening, and a wild night to follow.

1003WichitaFalls
“The Lonesum Dove, 1am”
After a long drive day, we found ourselves at this local dive in Wichita Falls, Sunday night. We got a lot of curious attention. A septuagenarian criticized my pool playing. The resident band had a ripping guitar player.

1007Austin
“ACL”
We had an afternoon set, got to hang around, see some old friends at the festival. I watched Radiohead with the Foals dudes, and got to meet Ed O’Brien and Phillip Selway after their set (check!). Their show was so very good front to back. Cabs were scarce, so we took pedicabs to an afterparty on the east side. Jack and Jimmy’s was pirate-themed. 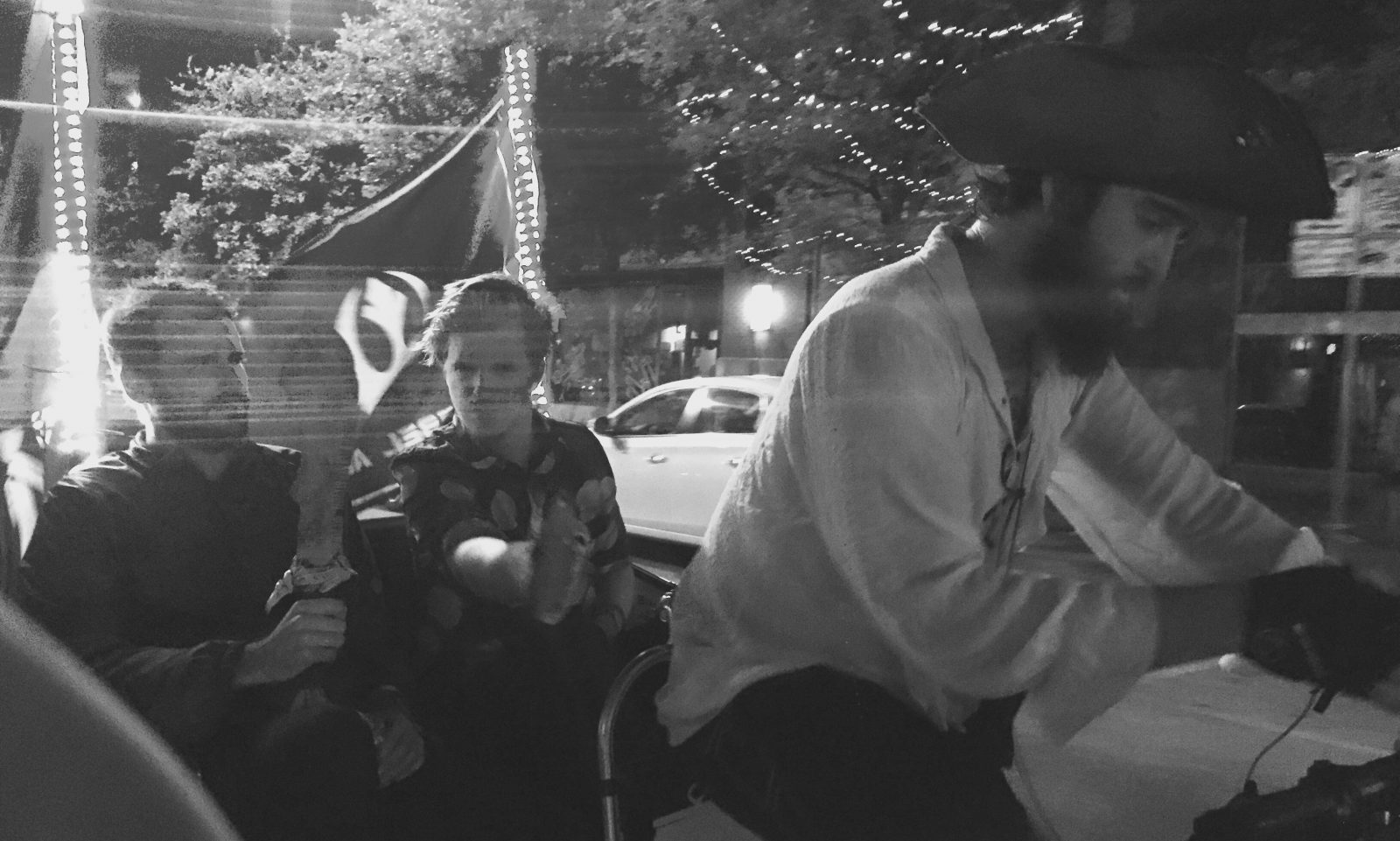 1009ShellJarrell
“1952 Tele”
Often strangers ask us if we’re in a band, maybe because of our van and trailer, or maybe because we’re 8 dudes entering a building or sitting down for dinner together, or maybe the jeans give it away. Anyway, this guy and his friend really wanted to commiserate and show me the old Telecaster he had in the trunk of his car. He played some unamplified bluesy licks for me until I was dragged away by my touring party. 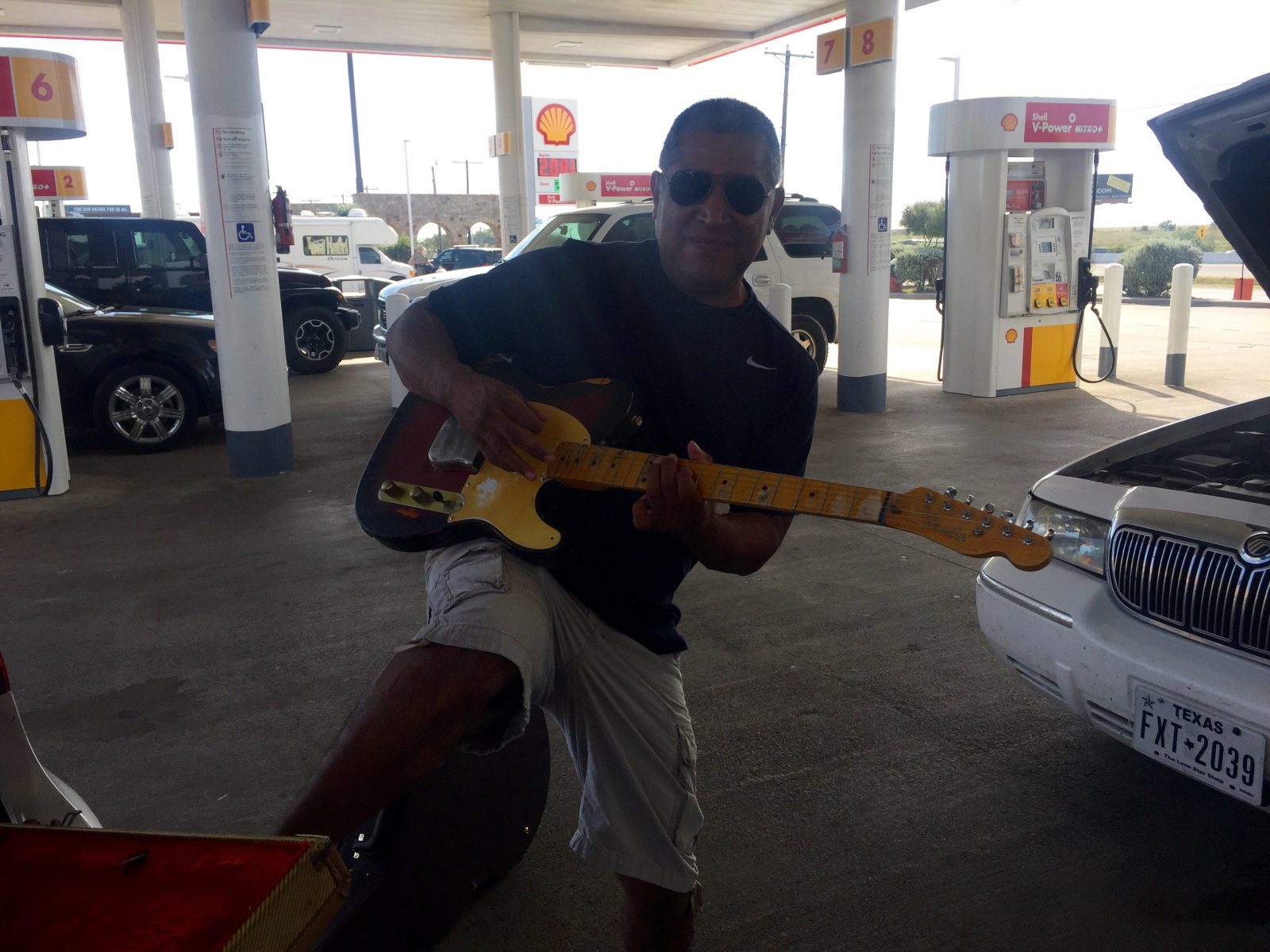 1009BarRubes
“Bar Rubes”
Our sound engineer Rubes is an incredible chef. From time to time we are lucky enough to enjoy his talents, often in a parking lot. This was a couple of stuffed chickens cooking outside a hotel somewhere in Texas. 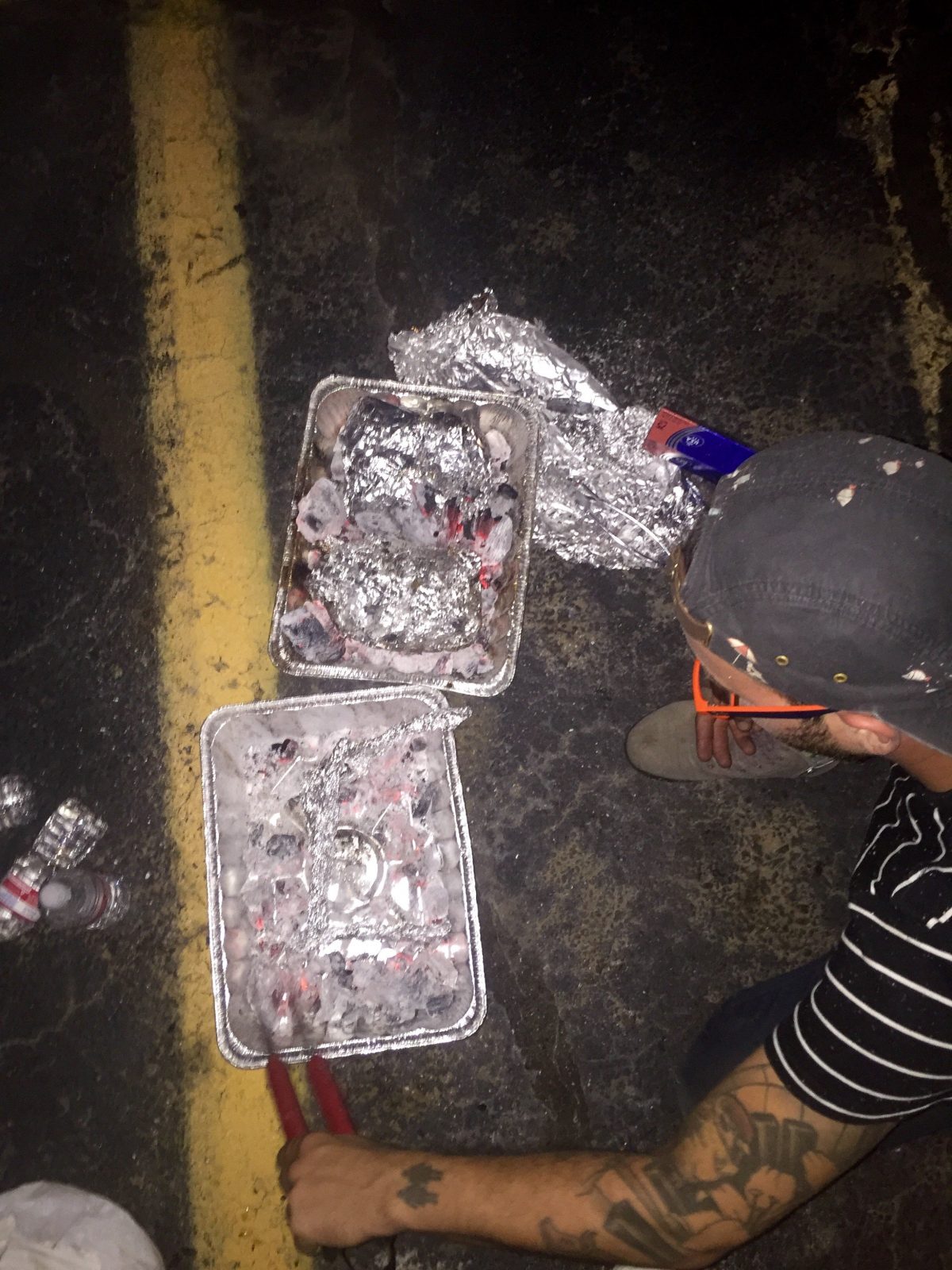 1014StLouis
“The Ready Room”
There’s a lot of waiting around on tour, and I find myself taking most of my photos in that time. I saw Rubes, Val, and Aaron sitting in this tableau and it recalled for me some classical painting of aristocrats lounging, eating grapes or something. Despite the apparent mood, this night had a great crowd and ended up being a highlight of our 2 week run with Savoir Adore. 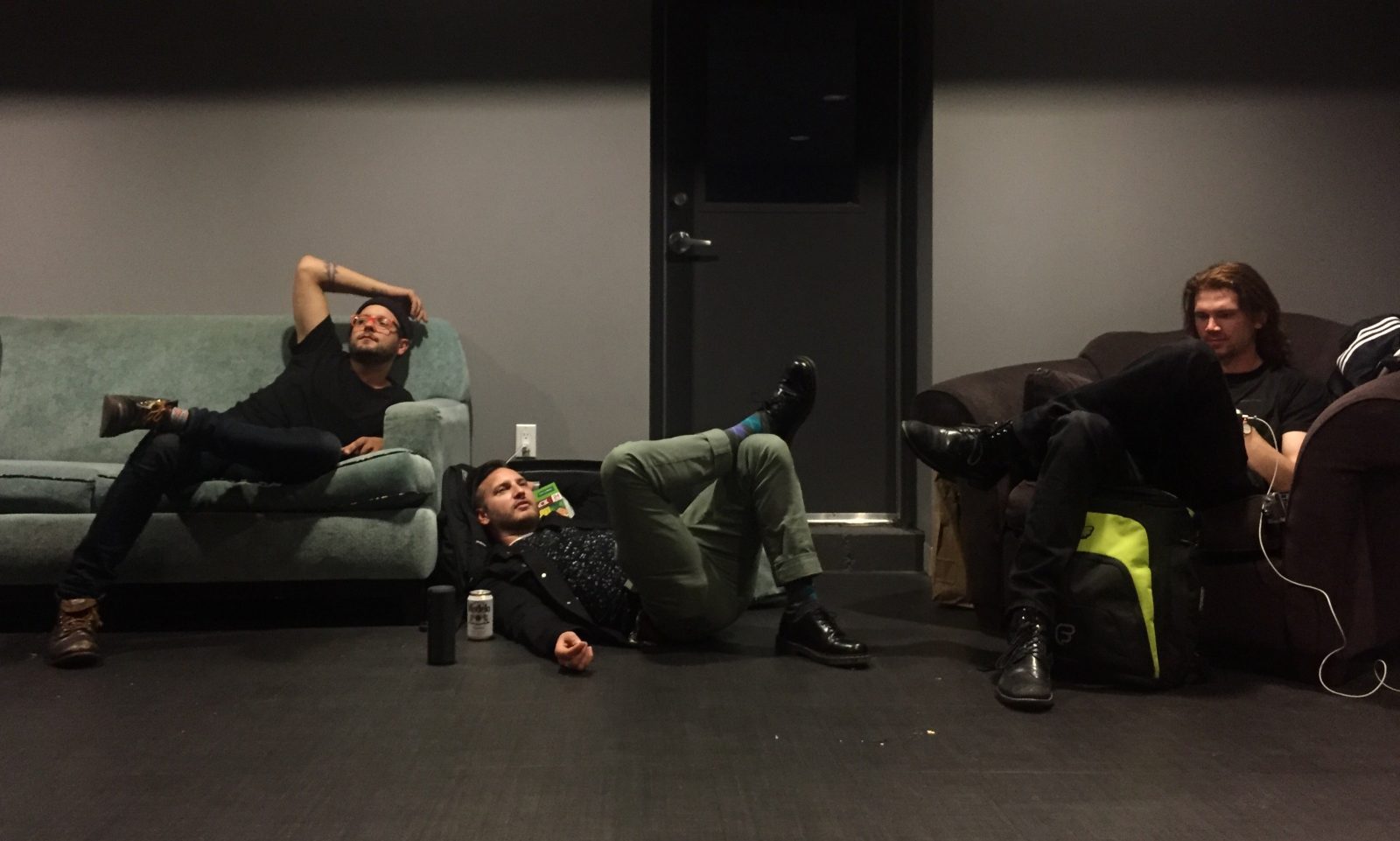 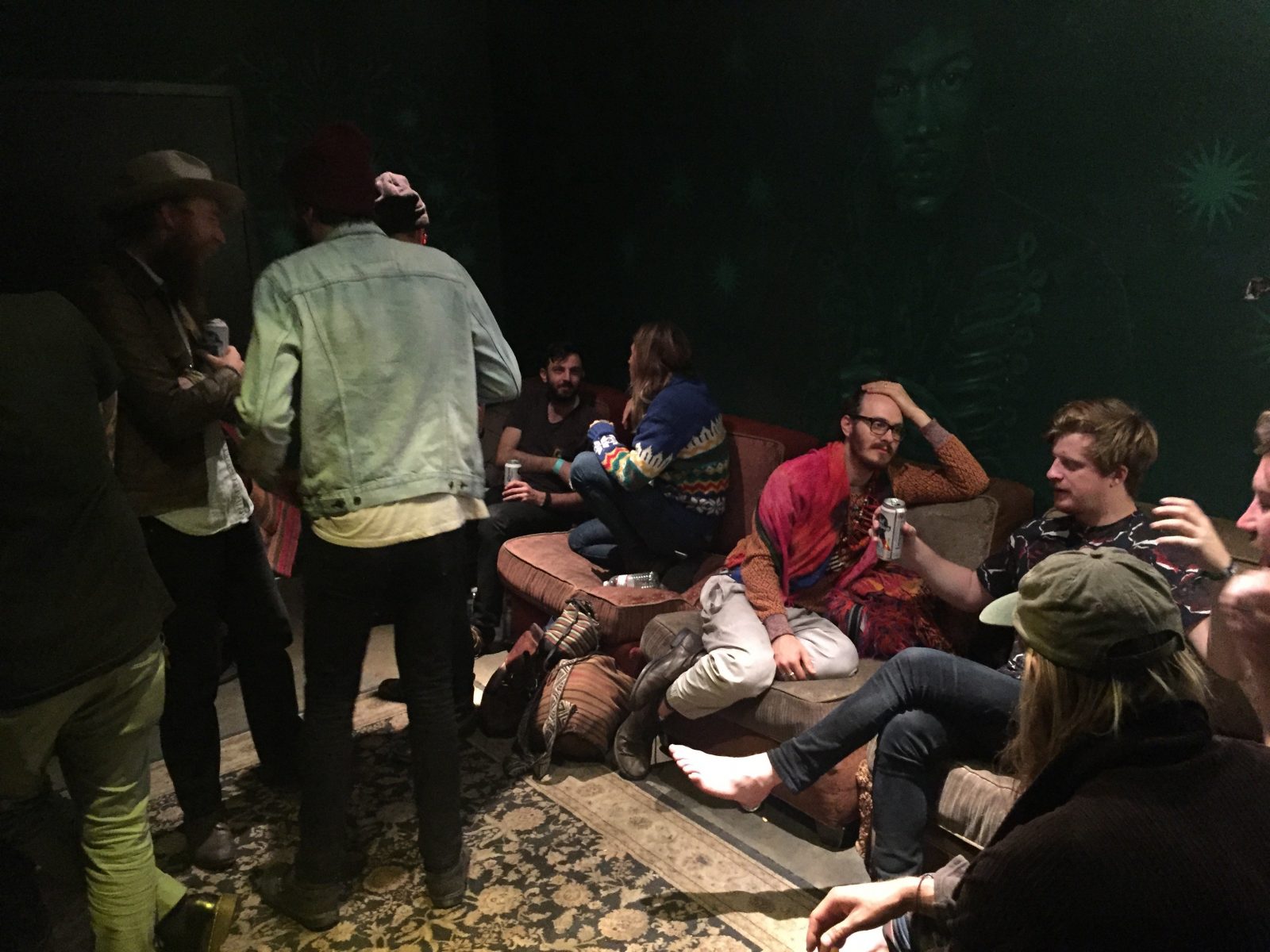 Bear Hands’ album You’ll Pay For This is out on 18th November.

Moogs on the Moon:
Air’s debut 20 years on

PARTNERS IN ART:
IN CONVERSATION WITH JENNY BROUGH AND DAVEY SUTTON

PLANET 1999’s ‘PARTY’:
EVERYTHING IS EMOTION