In conversation with Jenny Lee Linberg from Warpaint

Warpaint are a group at their creative best at the moment. They have a blistering new record in ‘Head’s Up’ due to be released on September 23rd of this year on Rough Trade. Alongside that, the group have been writing separately on solo projects. Jenny Lee Linberg for example enjoyed some brilliant reviews for her project, jennylee. So at the height of their creative prowess and in anticipation of their new record Jenny told me in a surprisingly relaxed voice after I’d asked her if they’d been busy, ‘we’ve just finished a pretty hectic week of press, mostly travel, it was pretty much a two airports per day kind of thing.’ I was then informed that my interviewee was taking her dog (who is presumably also endowed with immense creativity, as is seemingly everything Jenny touches at the moment) for a little jaunt round the Rose Bowl. As we conversed further, I was taken by how relaxed and down to earth she was. Yes, I’d seen interviews, but with the intensity and complexity of a lot of Warpaint’s music, I expected a kind of brooding intensity and thought I’d perhaps have to work very hard to reach certain inaccessible depths of her character to get answers about the music. This was not the case, and it was extremely refreshing.

‘Anything goes,’ was her response when I wondered aloud about the composition of new music for Warpaint, and whether their progression with the uses of genres and sounds was a natural thing. ‘It’s never a pre-determined thing with us’ was her reply, ‘maybe the new album is a little bit more minimal, there’s more space in the songs, but I feel like it has a little bit of everything.’ When I enquired about the electronic aspects of their new music, Jenny mused over the bands’ shared inclination to experiment with electronics, however she stated that they’ve used the same instruments almost exclusively throughout all their releases.

‘Where does the inspiration come from’ is a clichéd question but is one that is important, clarifying and often revealing. I asked Jenny where her inspiration comes from. ‘Sort of a couple of things,’ was her initial response, ‘I love a groove,’ she continued, ‘whether it’s a sad song or a ‘dancey’ song, I feel like – and I know I always use the shit out of this word – but I feel like any kind of music can be sexy.’ She then delved a bit deeper and answered on a more emotional level that her inspiration is very often driven by love, heartbreak, rejection or pain amongst other things. ‘It’s the most effortless thing to write about,’ she opined. I also suggested that a lot of artists write in reaction to things such as politics, to which she said, ‘I have definitely done that, but it’s more open to interpretation, it’s not so obvious, it stems from a more abstract place.’

I referred to an essay Nick Allbrook had written about how the social monotony and mundane culture that he’d experienced in Perth actually inspired him even more to express himself creatively. He said that the lack of exciting music and culture where he lived literally left a hole; he had a deep yearning for the expression he alluded to. I directed Nick’s line of thinking towards Jenny and wondered if she thought that the creative hub that is LA caused less of an ambition to express herself creatively, because all the art and culture she could consume was already there. Jenny expressed doubts about this theory, at least from her own experience. ‘I haven’t noticed a difference in the music,’ she said. She spoke of a few of the different places the band had recorded and said ‘they were very peaceful, and that may have played a part,’ but she didn’t necessarily notice a difference working and recording in LA in comparison to these other places. ‘A lot of our inspiration when writing in terms of location has a lot to do with where we all grew up.’ This is a point that many artists consider to be crucial. An obvious example is Arcade Fire with ‘Suburbs,’ but also Father John Misty spoke of the place he grew up – in his case, like Win Butler, the suburbs – being a big influence in his inspiration for writing.

Finally I touched on new music and how there are some people, often internet bloggers but also just music enthusiasts who would argue that these days there’s a lot of music that is perhaps superficial and lacks real substance. I opened the question up to Jenny, asking whether she thought new pop music provides the musical depth and heart that people are looking for. To which she replied, ‘I don’t think that’s really fair. It may be one personal opinion but it wouldn’t be fair of me to make that assessment. There might be a song that some dislike but it might really move others. The way music is becoming more accessible and people are making music in their bedrooms is great and I think there’s a wave of inspiration right now where everyone wants to make music and is inspired to do so, and I think that’s really cool.’ 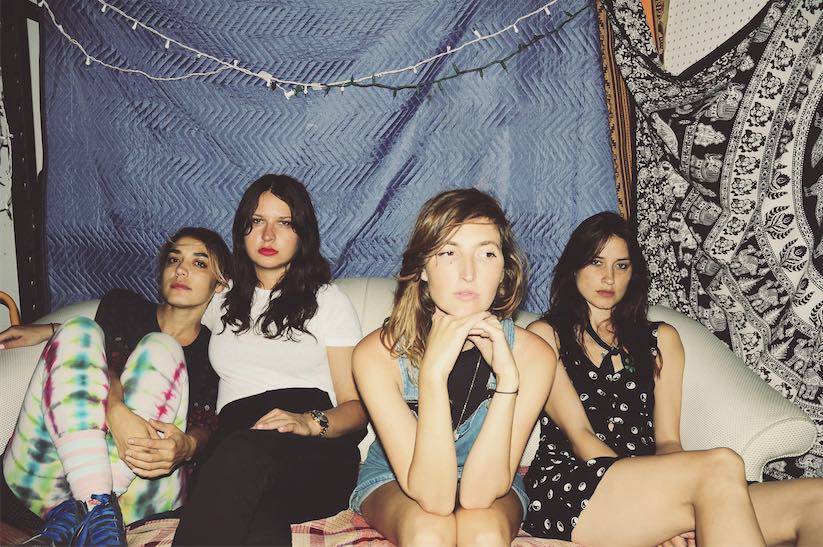 GO WITH THE FLOW
UNIQLO EMBRACE MOVEMENT FOR FW21

JESUS CHRIST
THESE REEBOKS ARE GOOD

THE SECRET’S OUT:
THE FINAL SECRET 7” IS ON ITS WAY

Represent has released
its Fall/Winter ’19 campaign