Demi Lovato and Me

Six years ago, my bedroom walls were covered corner to corner in carefully ripped magazine pages and softly crinkled posters of my favourite bands, from pop-punk Paramore to Disney favourite Jonas Brothers.

I’d set up social media accounts dedicated to showing my support for musicians I admired, and I indulged in the sense of community that surrounded my teenage obsessions. Of all the musicians I loved, one artist stuck out from the rest.

Demi Lovato was my favourite.

I’d turn to her music on a bad day, and watch her films or television shows whenever I needed a pick-me-up; I’d never miss a guest appearance and I would stay up to the early hours to watch American award shows and live streams. An advocate for mental health and very open about her struggles and addictions, as a fourteen year old fighting my own battles I turned to her for indirect support and comfort, and saw her as a complete role model and idol. 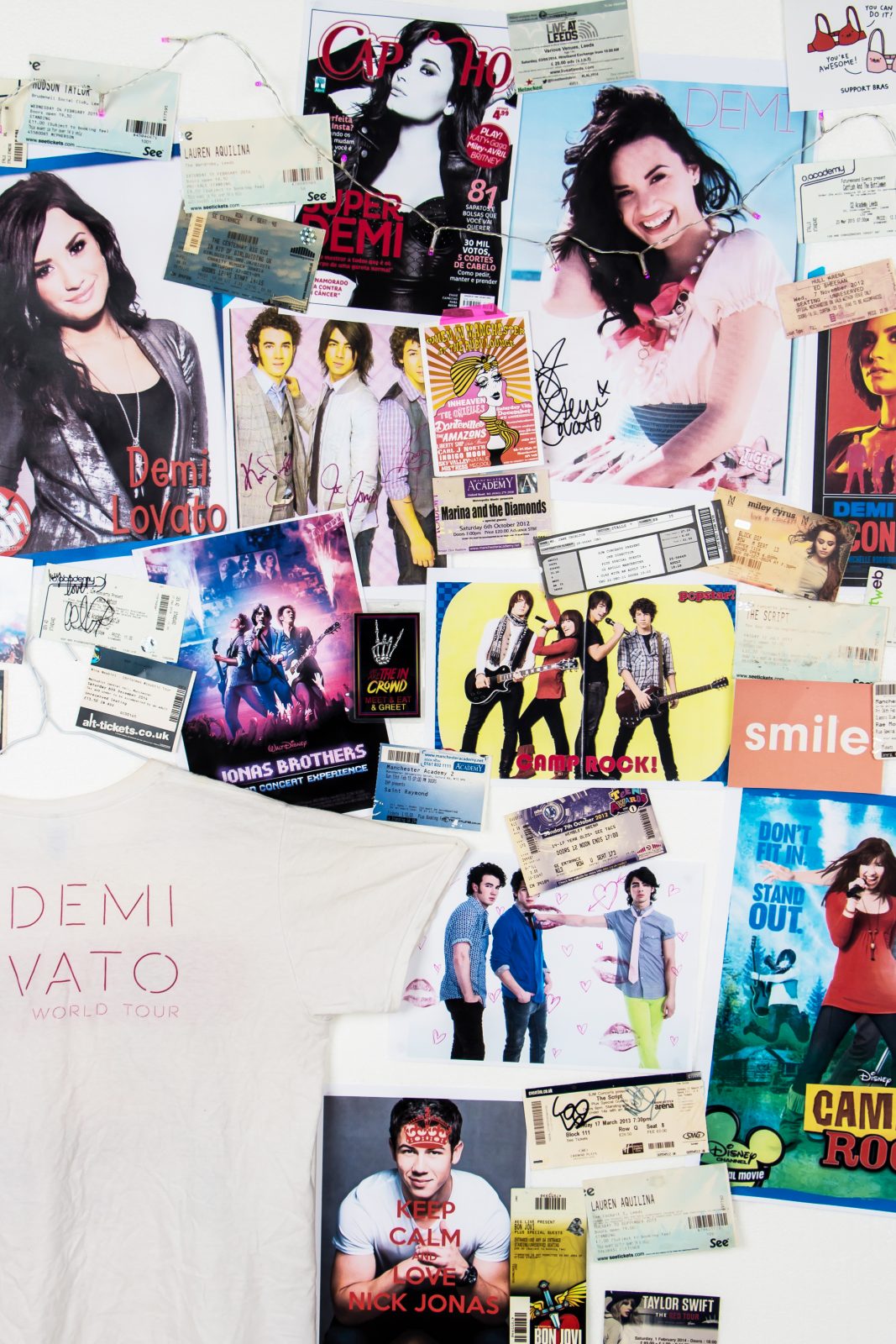 I wasn’t alone in this obsession. The ‘Lovatic’ fandom was huge – hundreds of thousands – and I made friends across social media whom I am still close with to this day, outside of our teenage fangirling. Reflecting on myself as a person today, it is so clear to me the impact that this phase of my life has had on me, and positively so.

My fan account was treated as both a personal account, and also an update account. I’d live-tweet events, share recent paparazzi pictures and encourage other users to buy the latest album/single/film from my favourite stars. As an online community we would set a date and time to try and get certain hashtags to trend, from a humble “We Love Demi” to a promotional “#BuyUnbrokenOniTunes”.

I was speaking to a friend whilst writing this piece, who also had a fan account online, who said “I think it was such an interesting perspective on the whole world. I learnt, as many did, the inner workings of marketing through having a Twitter fan account. I learnt so much about PR, so much about audiences, so much about being able to tailor content to demographic through being a fan.”

Little would we have known back then that our own silly personal corner of the internet providing a short dose of escapism could teach us so much.

I remember trying to keep my online persona separate to my ‘real life’, blocking people I knew from school on Twitter and never even uttering the word ‘Tumblr’ in person, which looking back on now seems silly but in 2011, whilst swept up in all the hysteria, felt like a life or death situation. I spent so much time online, but I don’t regret it one bit. It kept me out of trouble; I didn’t underage drink in parks or fall into the wrong crowd and I’m sure this was directly because of this. As well as having a close knit group of friends a school who were obsessed with Justin Bieber and One Direction, I had an online community of young people I could relate to and had something in common with: being a fangirl.

A 3am scene for some fourteen year olds was being out on the streets, but for me it was tucked up in bed waiting for a shitty-quality livestream Q&A with Joe Jonas and my only worry was trying to think of a question he’d notice and answer, and getting up for school in the morning.

I don’t feel like I ‘missed out’ by not having a Skins-style youth. Having an idol so open about her own struggles helped me talk about my own. I met friends I couldn’t imagine not being a part of my life now, developed a sense of humour that maybe somethings doesn’t translate as well in person as it would online… and developed my skills in Photoshop which is now an essential part of my career path as I created ‘edits’ and GIFs to post on Tumblr. It gave me a safe hobby and I was able to escape from the everyday to indulge in music and film.

We may mock our teenage obsessions and joke about how we regret it – but it’s clear we wouldn’t be who were are now without them. 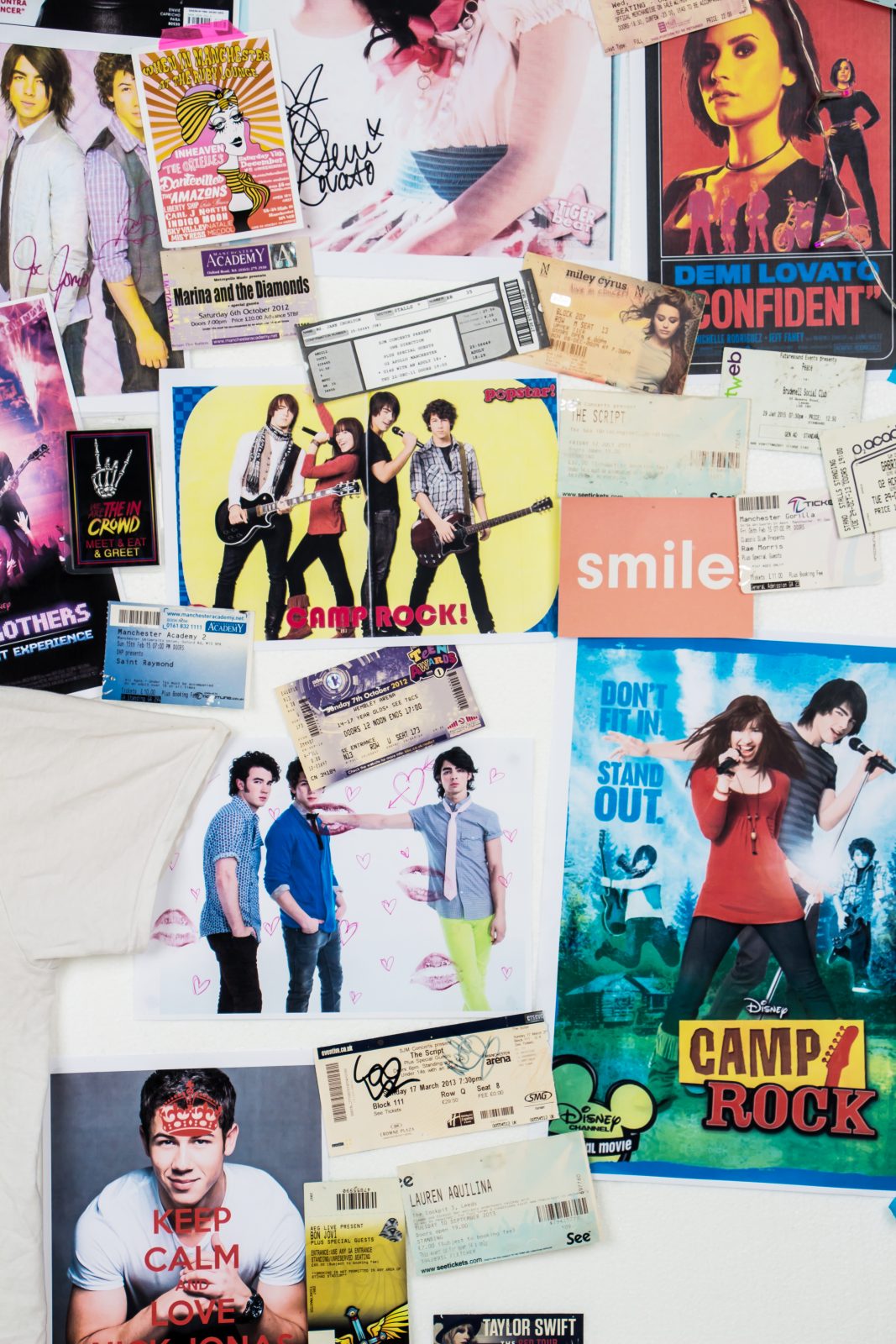 From hipster to hiker:
Slovenia’s many faces

Our showcase with CLOSEUP
is back to North London next week