Haunt The Woods invite us on tour to venture up North

Nestled in the comfort of Cornwall, Haunt The Woods craft dark folk songs that intertwine their inner-most feelings with striking strings.

There’s a lovely isolation to the songs from their latest compilation, The Line, one that doesn’t conjure fear but rather strength. With poetic lyrics that spellbind, sung in a vocal that demands to enter the soul, their live show really allows the harmonies to soar, and the emotions to spill. Oh, and the cathartic guitar to bleed. They change every understanding you have of the word ‘fragility’.

We were invited a glance at their first headline UK tour – the Northern leg. The trip included visits to Newcastle, Glasgow, and Manchester, and demonstrate the consequences of drinking too many bevvys, and forgetting your rain coat.

“The majority of us had never been passed Birmingham, so the new experiences in front of us were both exciting and slightly daunting. After recently playing a sold out show in a cave near our hometown the previous week, there was still a big buzz of excitement in the air.”

“It was also our first time in a splitter, which was rather luxurious as it turns out! Never looking back to cramming into an estate again.” 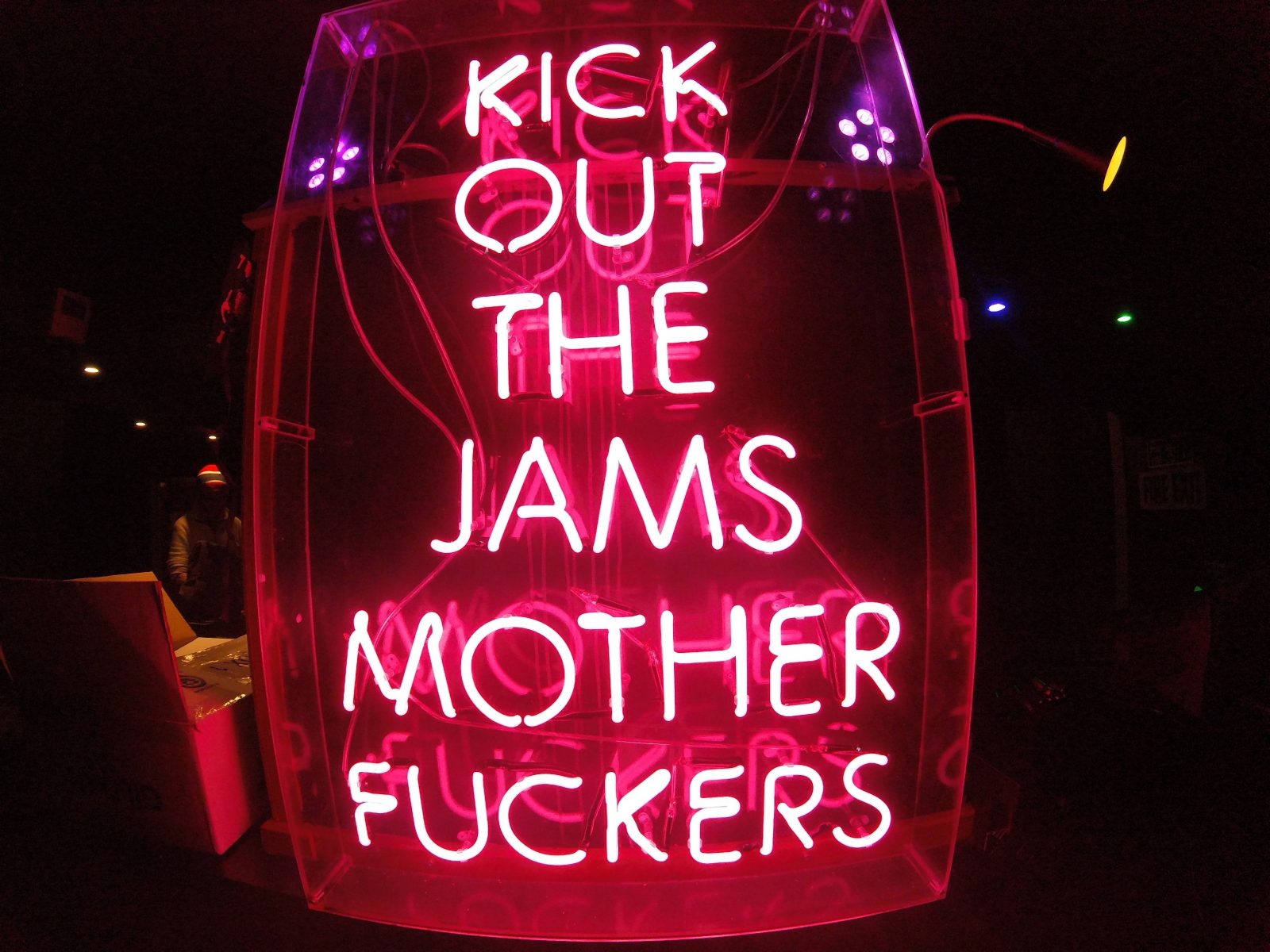 “A long 7 hour trip later.. we arrived at our first venue on the run – Think Tank? Underground, which had this awesome neon sign opposite the stage.”

“The following day we headed for Scotland, and stop off at Hadrian’s Wall along the way. Can you guess who massively underestimated the Northern weather?”

“King Tuts Wah Wah Hut was up next, and these guys know what their doing when it comes to hospitality, had some of the best food on tour in this place.”

“Backstage in the green room at Tuts was the perfect time to get some beers on the go. However, the after effects weren’t very desirable for some.”

“The last stop on our Northern run was Manchester’s Night and Day, where we chatted to so many people, some we’d met previously, and some new faces who were so supportive.”

“After the show we spent a good while trying to get a photo of us outside the venue with our sound guy – Bruce, and our driver – Stewart. But being a busy street in central Manchester, we got a few stares and heckles. Makes a nice GIF though!”

Pineal Labs
Are a new kind of record label