BBQ at The Jam Tree

Although it may seem a long distant memory now, last month we had a full day of glorious sunshine. Whilst it is extremely likely that those 14 hours of Vitamin D was in fact Summer 2016, The Jam Tree in Chelsea promises to bring their own summer vibes throughout in the form of their new BBQ Menu. 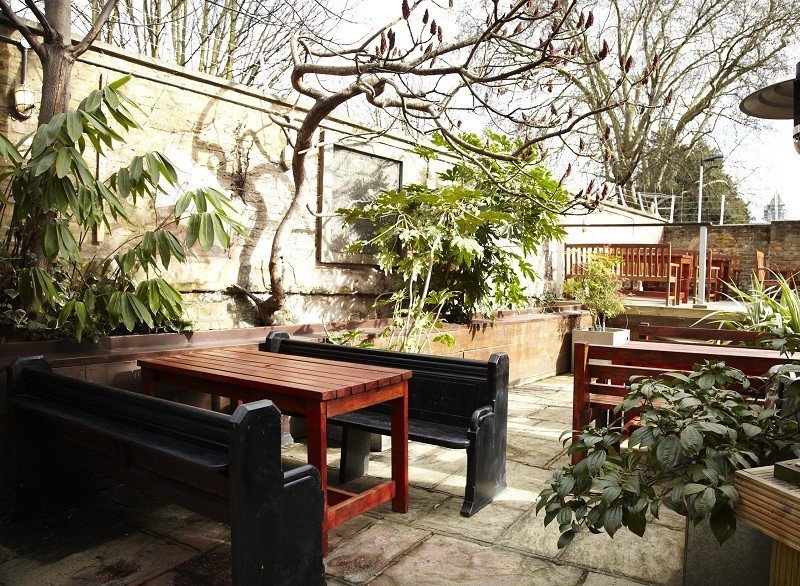 A favourite of the Made in Chelsea gang I headed down to the Kings Road restaurant (there is another in Clapham) for what was my first official BBQ of 2016. Typically, the Great British weather was trolling summer and I was seated indoors but informed that I was still able to order from the BBQ menu as it could be cooked on the kitchen grill.

I started with some cocktails, and was particularly impressed with the Jam Tree’s fun and unpretentious offerings. There is Netflix & Chill, delivered in a glass disguised as a popcorn box which mixes vanilla vodka, butterscotch liqueur, caramel and lemon. Also on the menu is the Jammy Dodger involving butterscotch schnapps, Frangelico & Chambord shaken with double cream and strawberry puree. My tipple of choice however was the equally as funWham Bam Thank You Jam –  this delicious concoction involved vanilla vodka, Chambord and passoa, raspberry jam and a sprinkling of nostalgia in the form of popping candy! The sweet tasting nature of the cocktail made these very easy to drink and a few were knocked back in fairly quick succession.

Onto the BBQ and diners can choose from a number of options including lamb kebabs, ribs, pulled pork and prawns. If you’re feeling particularly hungry you can bolster your BBQ meal with something from the decent snack menu such as: wings, fried plantain and jerk chicken patties. I ordered a whole rack of ribs which is served with pickled cabbage,  coleslaw, blackened corn and fries. Covered in a delicious BBQ sauce these slow cooked ribs melted away from the bone – they also were incredibly meaty which might sound obvious, but I have quite recently been served a racks of ribs that were more bone than meat!

It’s worth mentioning the cool interior at the Jam Tree, especially in the loft where the spaced out comfortable furniture and quirky art pieces ensure a chilled out summer vibe.

The Jam Tree provide a very strong BBQ option in an over-saturated and messy BBQ sauce filled market. The menu is diverse without being over-bearing, the cocktails are some of the best in London, the location is exclusive and the interior quirky and interesting making it a must visit this summer.

Climate Change:
Meet the activists of the future

GET TO KNOW:
CHLOE LILAC

Being Degree Educated
Is there a passing grade for running the country?