Following 2016’s inaugural spectacular, LeeFest Presents the Neverland are back with their biggest, most exciting lineup to date.

This year sees a host of musical heavyweights descending upon the kingdom, with Jake Bugg, Annie Mac and Wild Beasts confirmed to be paying a visit to The Neverland in August. On top of that, Jungle will be bringing Jungle Presents to Wonderland’s Beach Stage, featuring a personally curated lineup of their favourite need-to-know acts.

The festival’s commitment to future musical stars continues to run strongly with 2017’s lineup; Zane Lowe approved Fickle Friends, and Bad Sounds will be journeying to the three realms, while Ider, Strong Asian Mothers, Fish, Keston Cobblers Club, and Catholic Action are also among many of the hotly-tipped names on the lineup. Breakouts from previous years at LeeFest include London Grammar, Bastille, Years & Years, Jack Garratt, Loyle Carner and Young Fathers.

Escaping the confines of reality, LeeFest Presents The Neverland sees some of music’s most exciting names come together with mermaids, lost boys and pirates in a magical, temporary utopia. Thinkshape-shifting dance troupes, glitter-fuelled games, real beach parties, comedy, arts & craft, a cinema, spa and even more wonders to be announced. 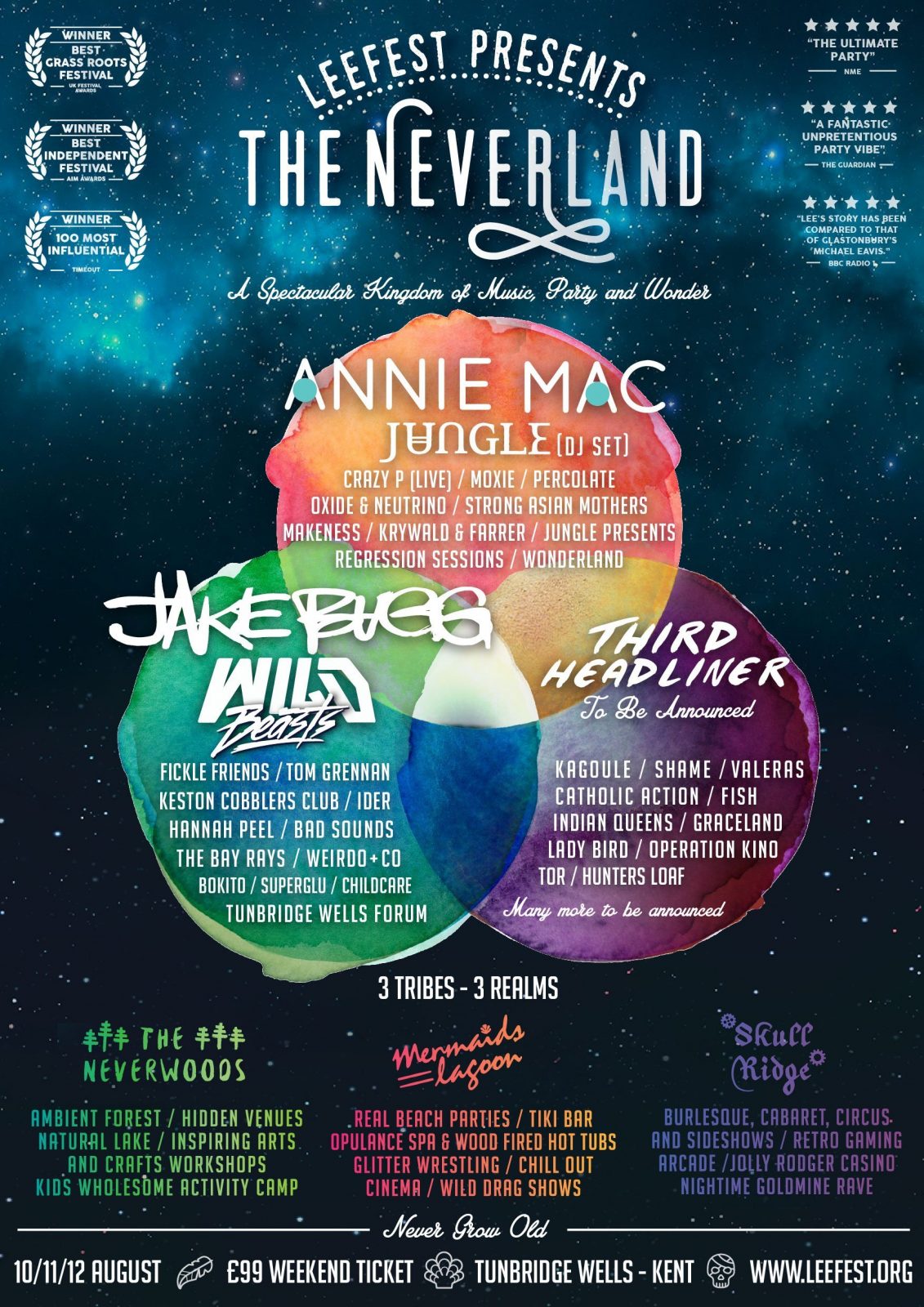 Get to Know:
Noah Cunane

GET RID OF
‘SUSTAINABLE FASHION’