For a long time the greasy spoon has held a special place in the hearts of British dining. For many they are a firm favourite; for others they’re still something of a guilty pleasure. Sat amongst the bustling bars and banks of Bishopsgate, Polo Bar is a very 21st Century greasy spoon.

While Polo Bar had a recent lick of paint, not a lot has changed since its opening in 1953. On first inspection, Polo Bar looks wholly unspectacular, but walking in you’re immediately faced with a delightful array and aroma of golden pastries atop the counter. Things begin to look up. Once past the counter, the dining space is a real homage to traditional London. The checked floor compliments the cream tiles, which I suspect were reclaimed from the underground that regularly rumbles beneath. All manner of 50s/60s paraphernalia adorn the exposed brick walls to give Polo Bar a gentrified feel – as if the name wasn’t enough. 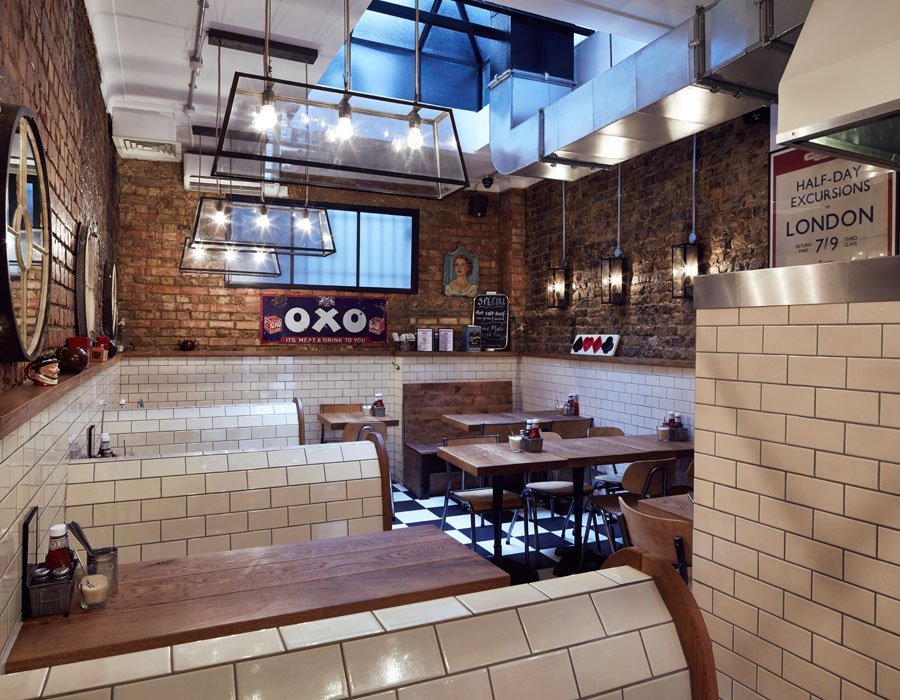 When Polo Bar was first brought to my attention, my mind immediately jumped to that clothing brand, and the image of immaculately turned out ladies and gentlemen, sipping flutes of champagne while nibbling on caviar blinis. Many of the patrons of Polo Bar fit that particular pony-shaped mould, but the food is an altogether different take on refinement. I’ve been a fan of all day breakfasts ever since my boarding school days, so the extensive choice of breakfast dishes brought the widest of smiles from this Yorkshireman: the perfect cure to the dull hangovers that had plagued our arduous train journey.

I immediately began slowly weighing up which of the six all day breakfasts I would devour, as my equally hungover guest (once again, “the Pig”) quickly decided upon a Hispanic take on eggs Benedict. Other offerings include ‘award winning’ pancakes, omelettes of various fillings, and enormous sandwiches. It’s safe to say that whatever your state (depending on the time of day you visit), there is something for every level of appetite and sobriety. 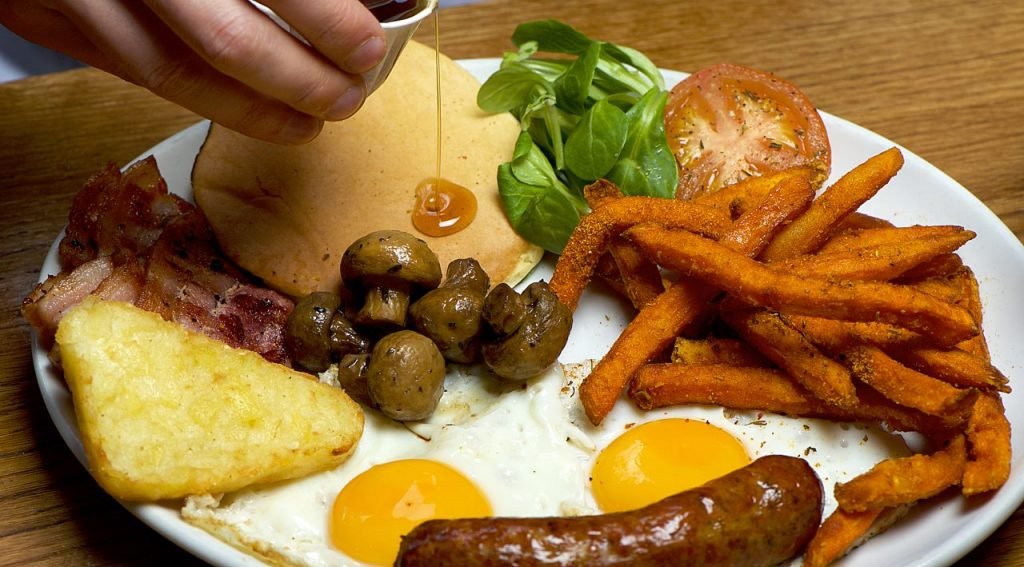 The American breakfast was an upgrade to the full English. Alongside the usual suspects; Polo Bar include a buttermilk pancake with a pot of maple syrup, sweet potato chips and, the holy grail, a hash brown. With a relatively small pancake, I sloshed the syrup over the bacon in search of some moisture – something the addition of beans would have easily solved. This was a no fuss affair, and a welcome take on American and English breakfasts, coming together in hearty harmony. 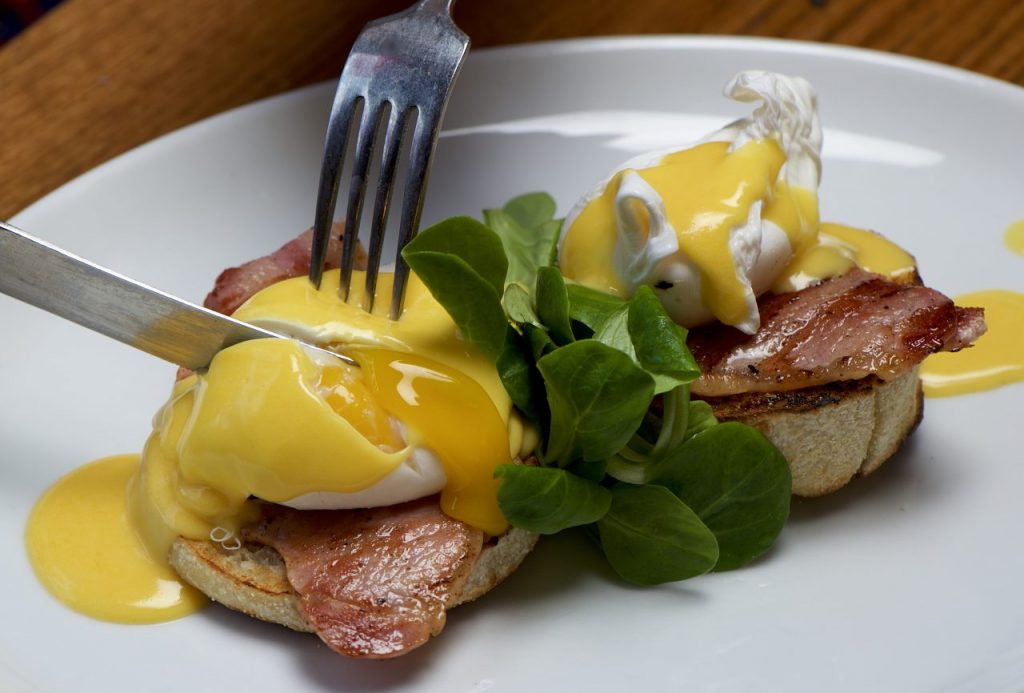 The Pig’s Benedict of choice had an injection of spice from slices of chorizo, paired perfectly with cool, creamy guacamole. The intertwining heat and cream continued with a spiced hollandaise sauce dolloped over the muffins. This epitomised Polo Bar’s elevation of British fare – taking ordinary dishes and making something a little extraordinary.

Sat in the heart of the City, Polo Bar is a 24 hour extravaganza. Whether it’s a hangover cure or a slice of brinner; whether you’ve just left the office or the club – Polo Bar caters for everyone, at every time of day.

An Evening With
PRETTYMUCH