Talking evolution with the Paperwhite siblings

“Since it became mainstream, artists like us have been trying to not get stuck in it. We don’t want to be ‘that ‘80s band,’” Katie Marshall shared backstage before their show at the record store and concert venue, Rough Trade.

“I was gravitating toward analog synthesisers and drum machines that had a more organic quality to it,” her brother, and second half of Paperwhite, Ben Marshall explained. At the time of their first single ‘Got Me Goin’’ was released in 2014, synth-pop was making a major resurgence amongst independent bands.

“I think, by accident, we fell into the ‘80s nostalgic sound.” For Brooklyn-based duo, Paperwhite, their creative and stylistic choices have always followed the mantra of sound over genre. “We’ve both met somewhere in the middle now. The music we’re making now is, I think, a perfect hybrid of the things that we like,” Katie reflected. “It took a little bit to get there.”

Before becoming Paperwhite, the Marshall siblings were Berklee graduates working on separate music projects. Katie had moved to Los Angeles and was pursuing a more acoustic sound, while Ben was writing and performing with New York indie band, Savoir Adore. Separated by an entire country, the pair still made time to work together. It was during this time that they first started working on what would become Paperwhite. 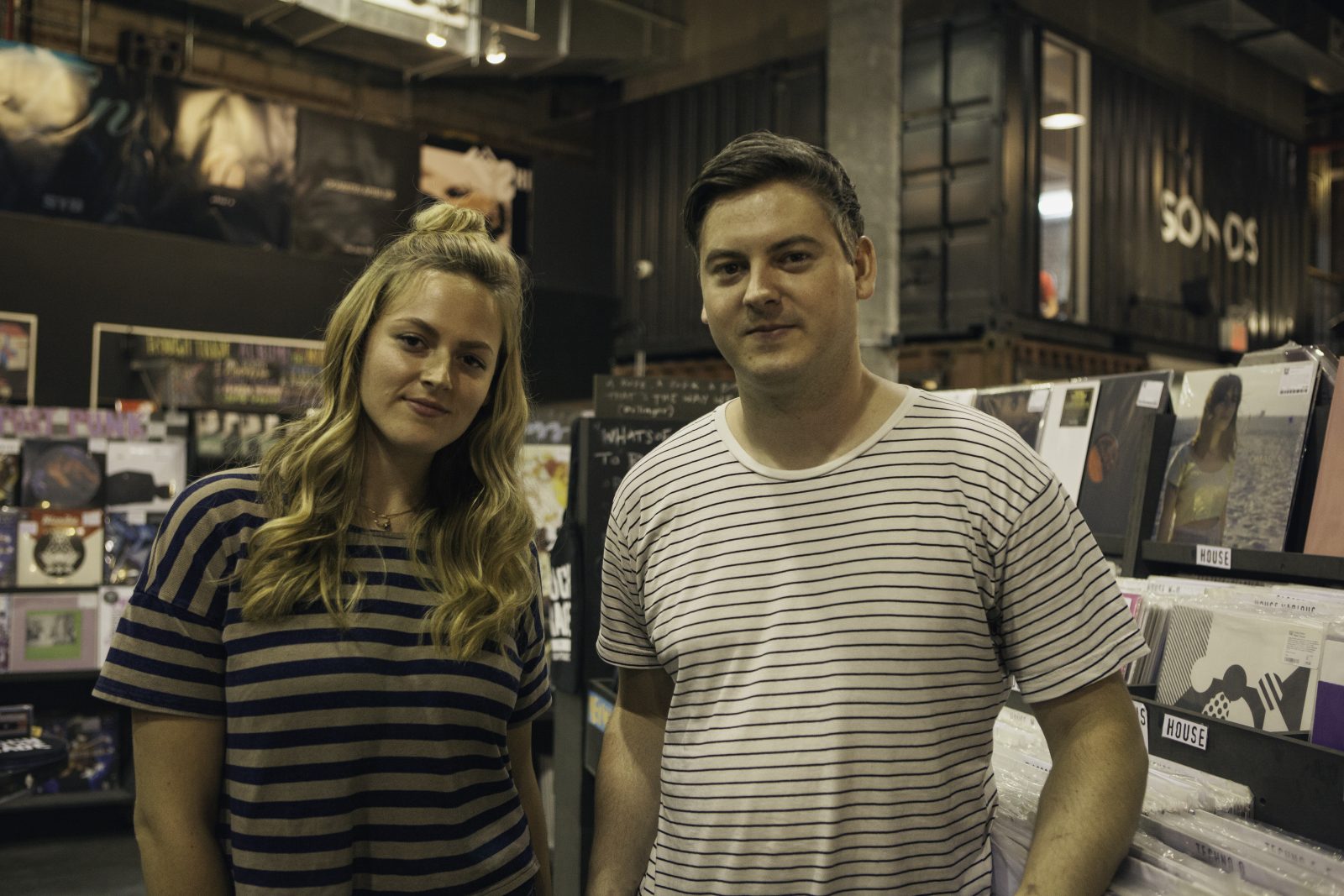 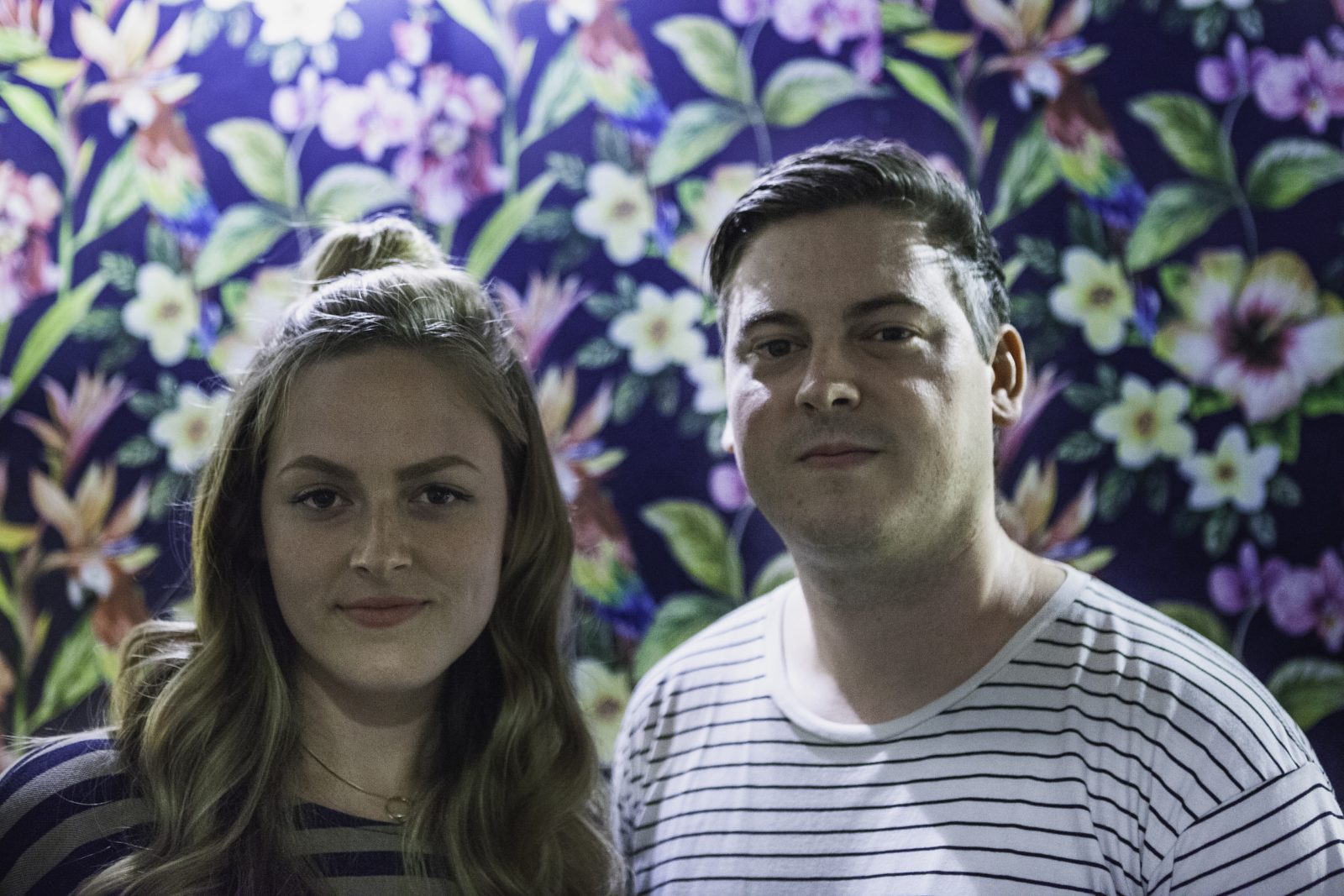 “We were writing and I was kind of producing her music, but it was very different,” said Ben, describing his sister’s music as more singer-songwriter. “It would start with a song and I would try adding some electronic stuff that I was into. We went through that a couple times before we had a song we thought could be something. I think that ended up being the first single that was ‘Got Me Goin.’” It was at that time that Katie decided to join her brother in New York. “We just got really excited about the music and decided that if we were going to do it that we should really do it,” she shared. “Once I moved here, that’s when we were like, ‘Paperwhite is going to be a thing.’”

Their first three singles, ‘Got Me Goin,’ ‘Take Me Back,’ and ‘Pieces’ bring to mind a laundry list of iconic, eighties films. If John Hughes were making “Breakfast Club” or “Pretty In Pink” in present day, Paperwhite would be the perfect soundtrack. This wasn’t intentional. As a producer, Ben pursued organic sounds to compliment Katie’s voice while still staying true to his love of electronic music. “When we first started working on music for Paperwhite, we were trying to figure out what the hybrid was.  I think, by accident, we fell into the ‘80s nostalgic sound,” Ben confessed.

Little did they know that this sonant resurgence was happening across the New York music scene. “A lot of bands and people tapping into those sounds. A lot of them did it the same way we did where they were tapping into the sounds not necessarily the genre. It made it easier because all of a sudden we knew a bunch of people who kind of have music like ours and we can play a show together. It made it cool to have a fellowship of bands that were similar to us. It is weird to consider that it wasn’t cool everywhere. Just here.”

Beat-driven synth pads arranged by Ben coalesce with the warm qualities in Katie’s voice to carve out an instantly recognisable sound that breaks through the masses of synth-pop. Independent music blogs took note. With the release of their first single came a deluge of coverage. “I think it was after we released the first song. It charted on Hype Machine and that was a very big deal at the time. There were 30-something blogs that posted about it,” Ben recounted. At the time, Paperwhite was still an experimental project for the Marshall siblings. “After we released the first single, it was a much bigger reaction than we had anticipated. It got us thinking, ‘Oh this is actually something that people like. We should take this more seriously,’” he added.

With early success comes the pressure to replicate it. “The first couple of songs, we were just so surprised… it was definitely a transition where we stopped being cool enough for the blogs and we started being a little more pop I guess. I think we’ve leaned in a different direction,” Ben reflected. Katie was quick to elaborate saying, “The industry is evolving all the time. While the industry is evolving, we’re evolving. Sometimes those overlap and sometimes they don’t.” 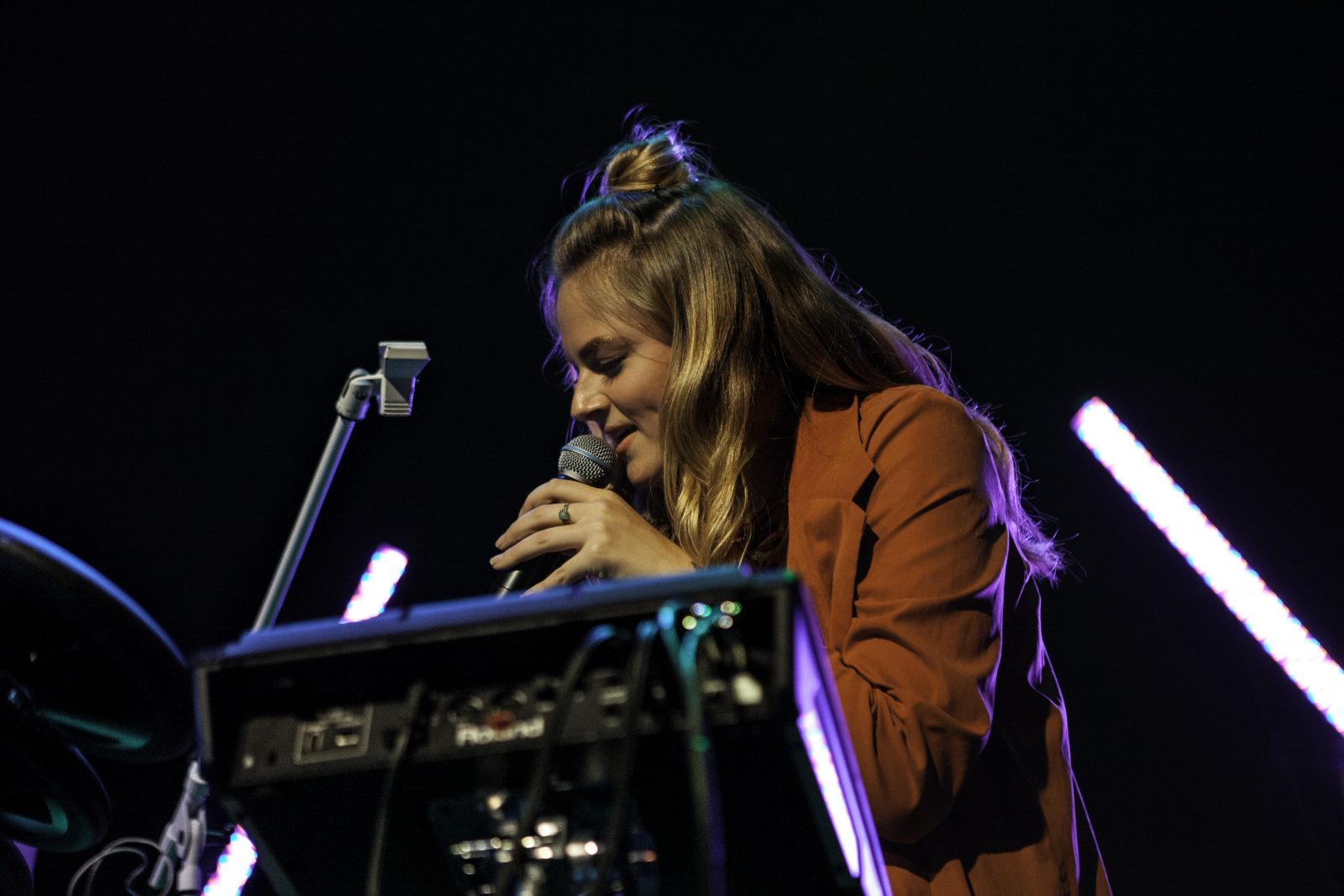 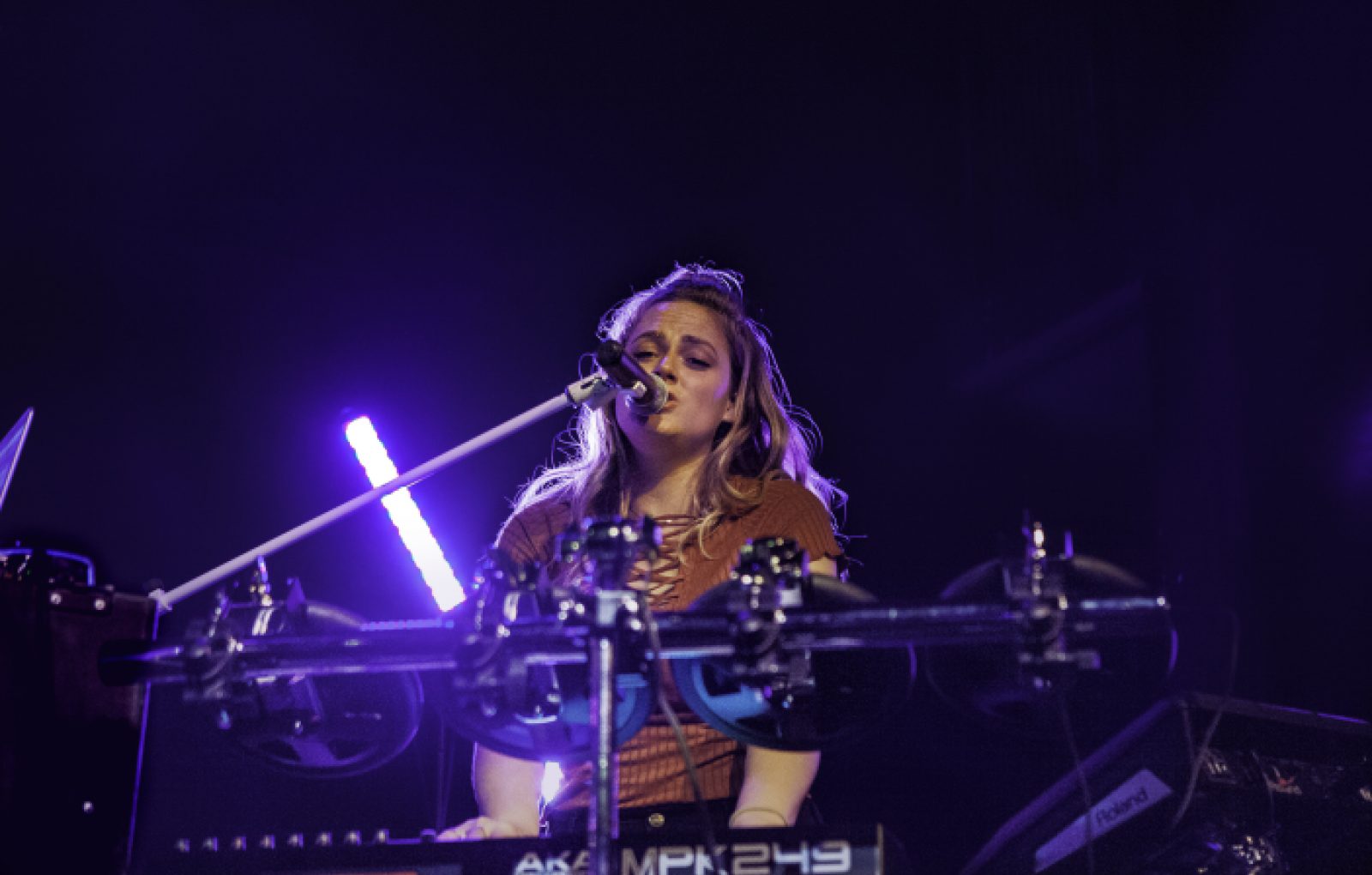 Now, three years later, the siblings’ sound has evolved to include tracks with more EDM qualities which, according to Katie, is exactly where they want to be. “It’s definitely been a process. As much as we love the songs from our first two EPs, we feel that the evolution of our music. We’re feeling like we’re getting closer to what we had imagined originally,” the singer shared. “We’ve tried to stay true to that idea of balancing the electronic with organic elements,” Ben added. “The new stuff is still very programmed and created that way. The sounds I was trying to incorporate were sounds of real instruments, even if it could never be played on that instrument. It has a quality. I think that’s something we still pursue as a mantra, synthetic and organic.”

Not being on a label has allowed Paperwhite this flexibility to react faster to what is happening in the music world. This is an opportunity that Ben sees as both an advantage and a disadvantage. “We are doing it all ourselves so we try things that are unconventional and see if they work. We’re always experimenting with that. We also don’t have the power of a label. But we can move quickly and change our plans with a couple weeks notice.” Their ability to adapt and experiment with new sounds has landed them spots on multiple, curated Spotify playlists furthering their online popularity.

Given the ever increasing speed at which people consume music, Paperwhite has made it their mission to never go too long out of the public eye. Their strategy? Focusing on releasing singles more frequently rather than disappearing to produce a full length album. “I think it’s a reflection on how people are digesting music. They will listen to a song. Even on Spotify, you may make your own playlist or do you listen to somebody else’s playlist, but it’s still that song,” Ben explained. “That’s why we never wanted to disappear for a year or two to make a full length album because we didn’t want to lose touch with what was happening.” 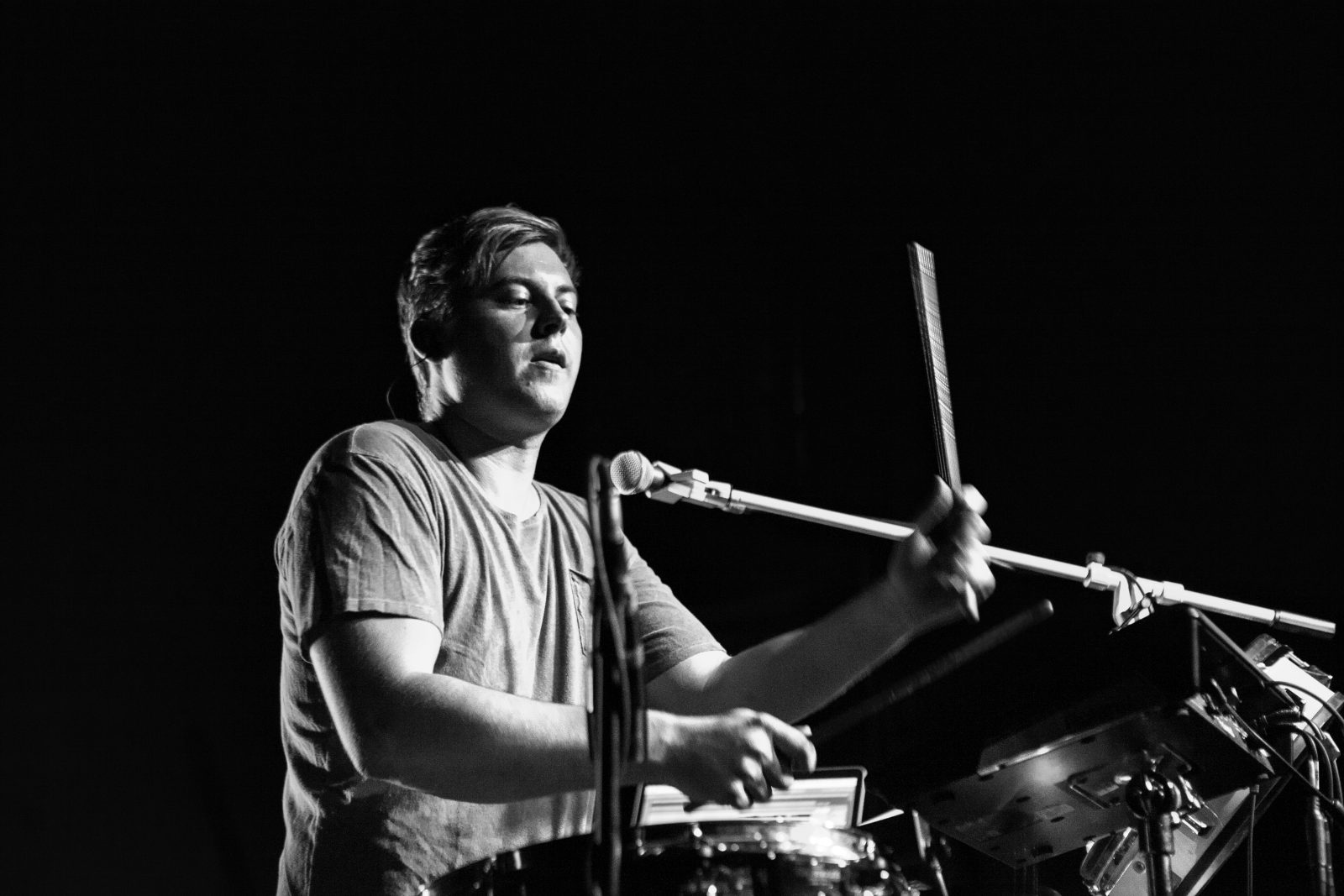 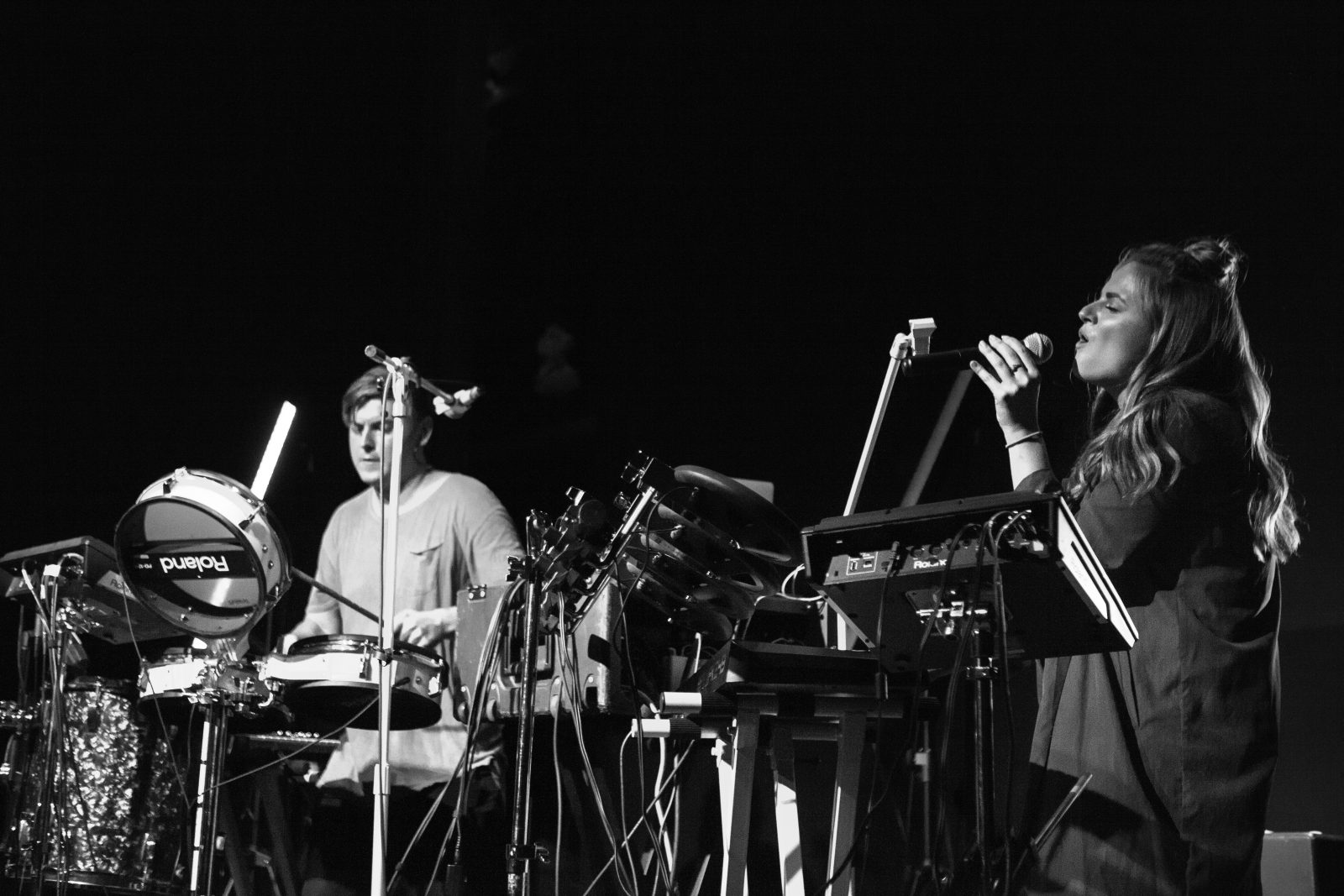