Australian rapper Tom Gaynor, better known by his stage name Allday, met me at a small thrift store in the East Village after finishing a string of shows across the United States in support of his recent album, Speeding.

After a brief introduction, we got to browsing the aisles of eclectic clothing. As we sifted through the racks of lovingly faded band t-shirts, oversized wool coats, and a selection of sports jerseys, we discussed being introduced to U2 by our mothers at a young age and Claire Dane’s breakout show My So-Called Life before bonding over why boy bands have the best karaoke songs.

The Australian rapper first got his start back in his hometown of Adelaide in 2008 when he was awarded studio time for winning a rap battle. “It was only supposed to be about six hours. The guy who ran it said he liked it,” Gaynor shared. This initial interest in his music resulted in being given more than the awarded time to produce his first set of songs. “I didn’t really do much with it except for give it to my friends,” he recalled. “I think it was on a burned CD.” 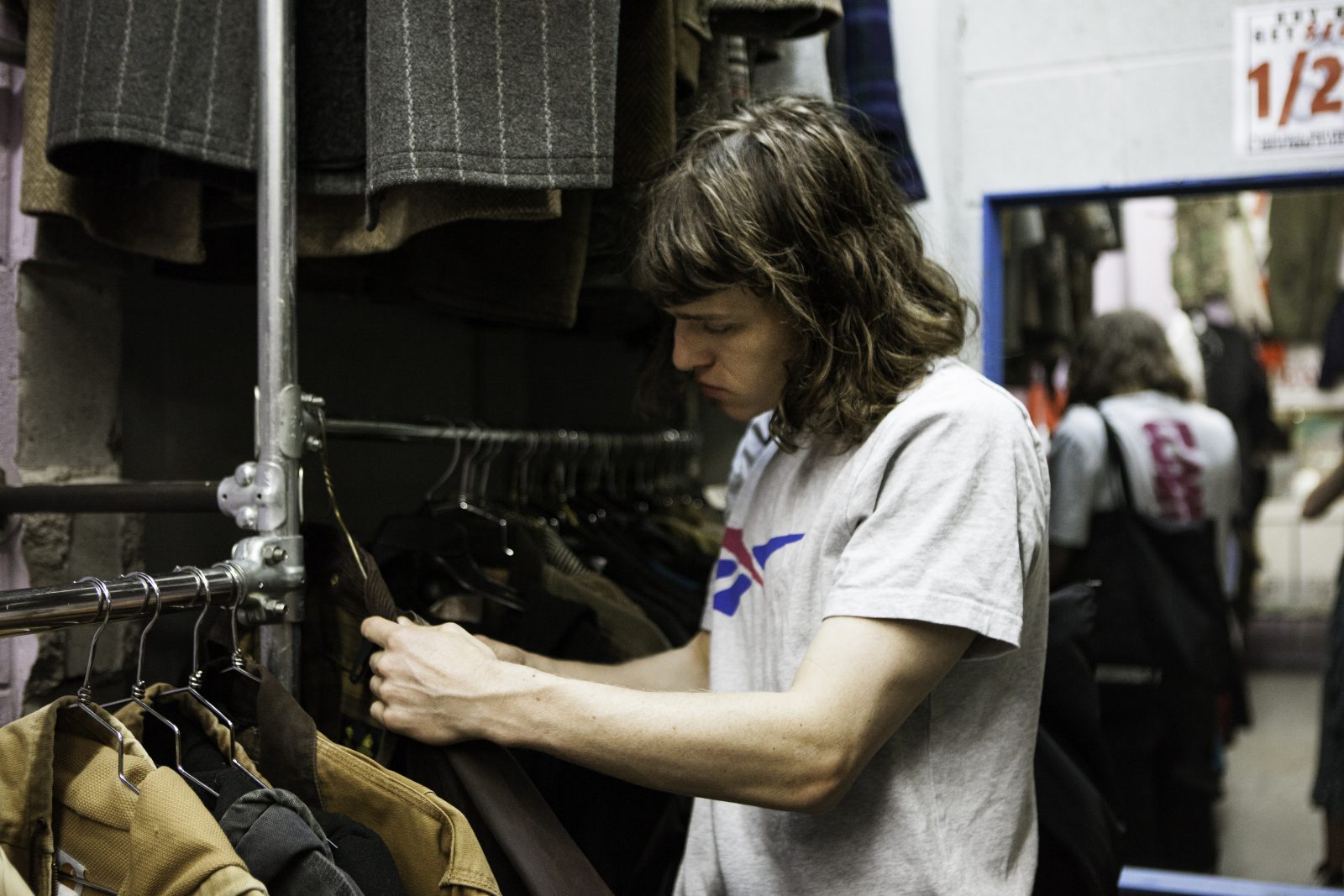 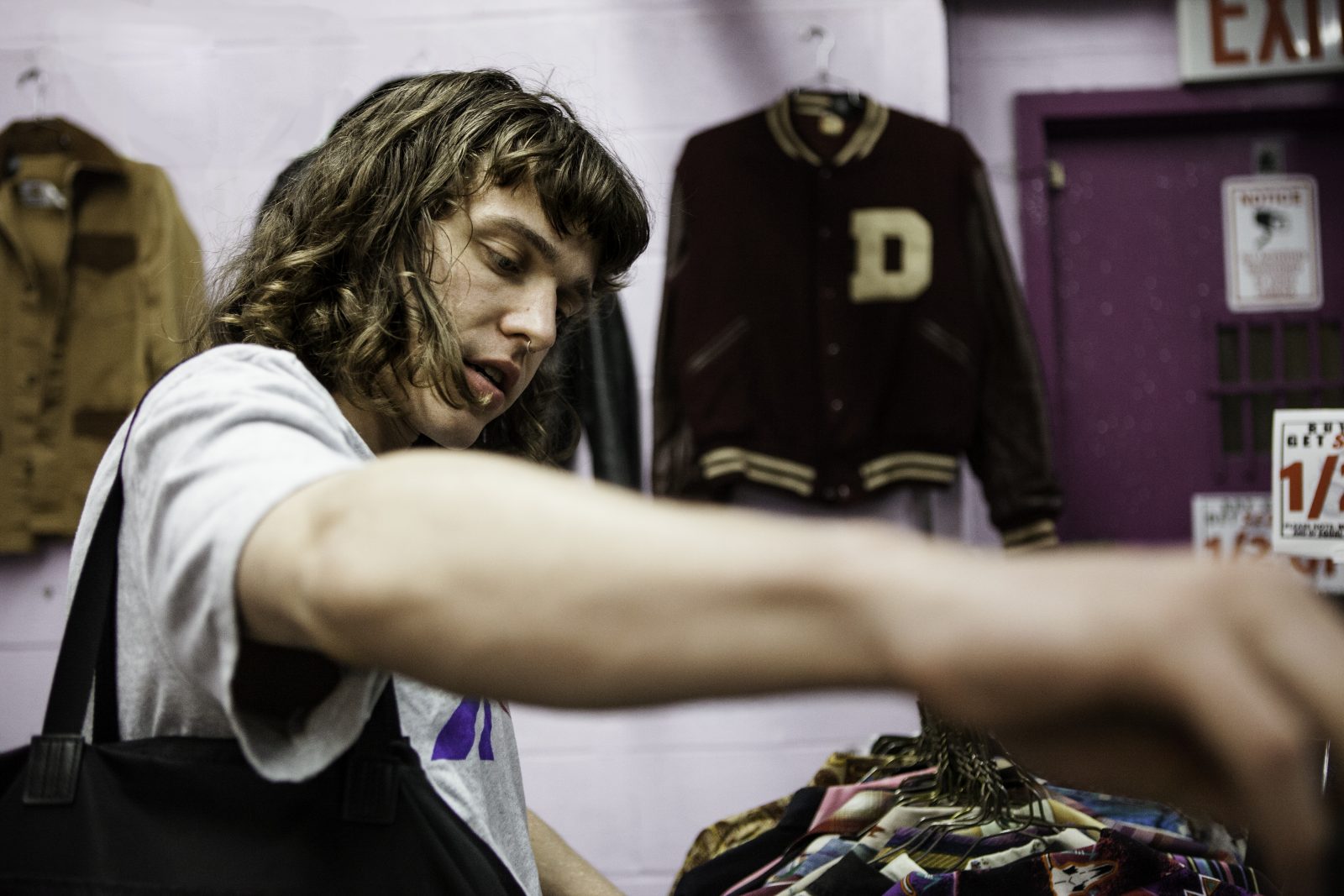 With our search for a one-of-a-kind, vintage find unsuccessful, we moved from the thrift store to a nearby coffee shop. Rounding the corner, we passed a man selling poems for a dollar. Gaynor heads straight over to him and greets him as though they’ve met before. As we continued down the block, Gaynor rummages through his bag and pulls out a handwritten booklet – before meeting up with me, he had stopped and paid for a poem. “He asked for my name and what I did and then wrote me this poem!” the rapper shared as he intently flipped through the pages. He read me the poem as we walked. It was titled, “The Poem To A Star,” which seemed befitting of the rapidly up-and-coming performer. With references to the author Tennessee Williams and singer Gloria Gaynor, it was clear that something about the poem, perhaps the act of writing poetry itself, resonated with the artist. 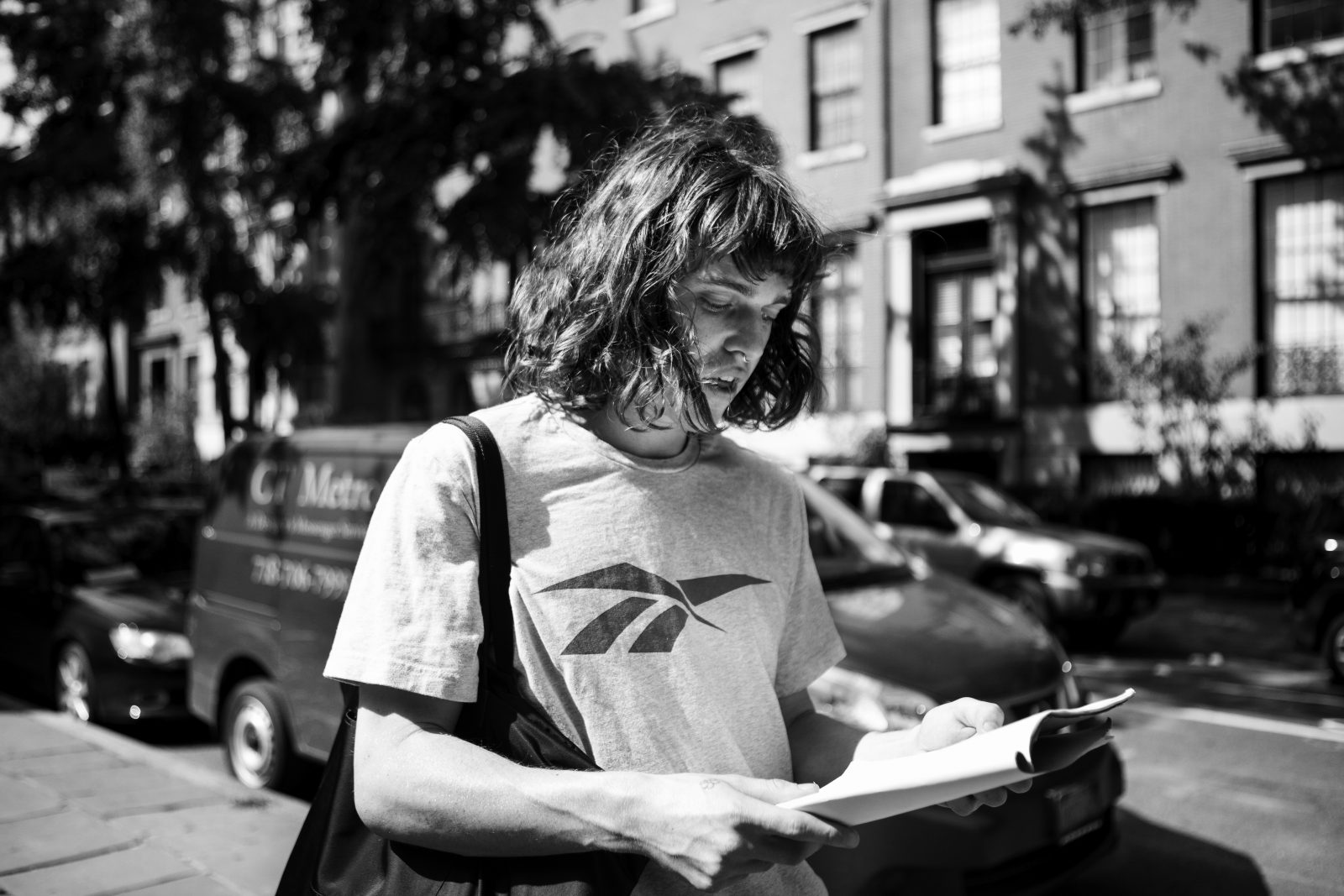 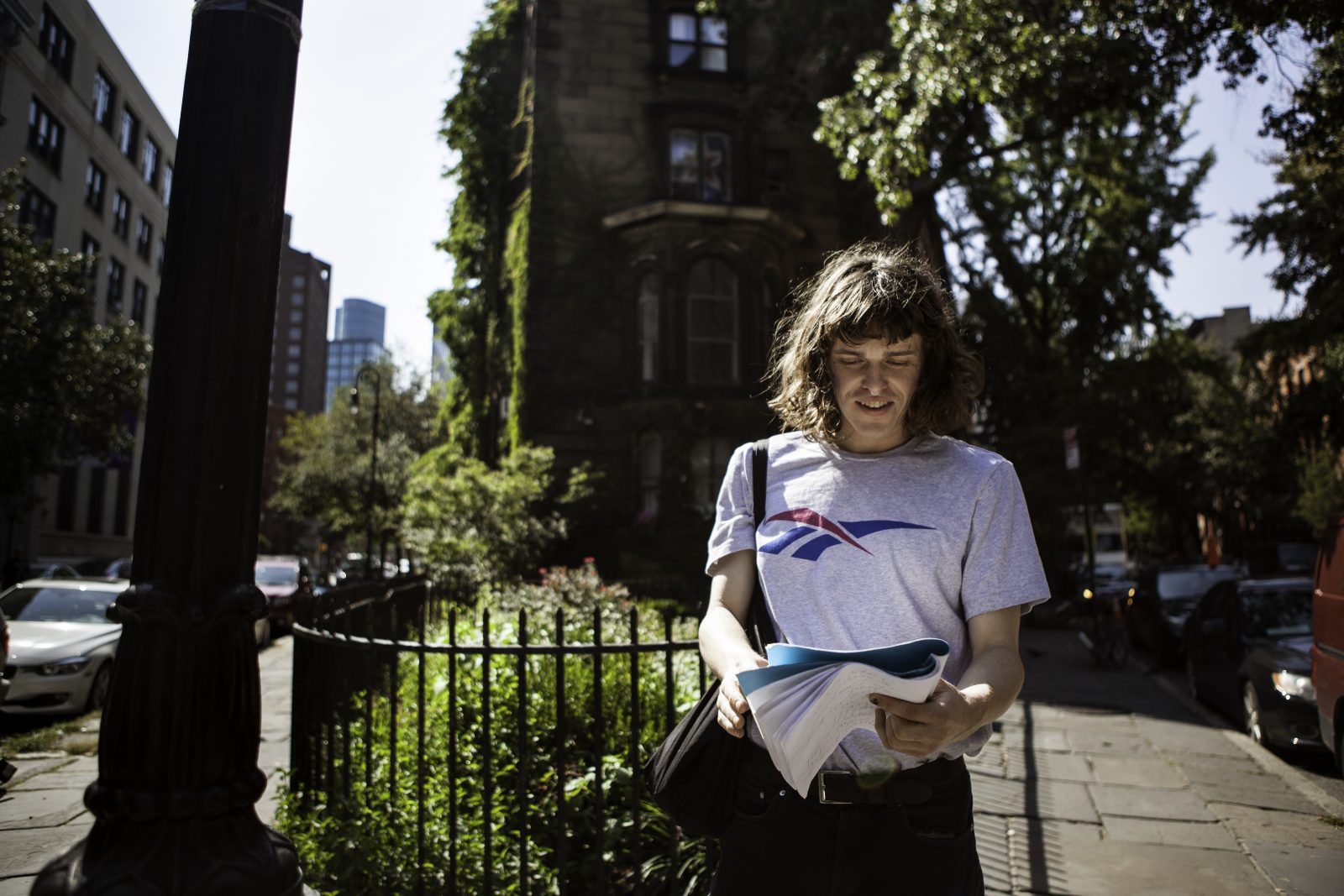 Even before he started his music career, he had always been writing. “I’d come home from school and get on the computer. I’d have MSN up and also be writing raps.” His lyrics now mix youth and storytelling in a style reminiscent of nineties, American East Coast rap intermingled with melodic pop.

As we sat down to coffee, he confessed that he was unaware of hitting one of his first career milestones – he completely missed his national radio debut. One of his singles from that first recording session was picked up by a popular Australian radio station who had a segment featuring new online music. “I didn’t check the website for like a year or something,” he explained having largely not paid attention to the tracks once they were uploaded. “I went back and it had this little symbol next to it saying it had been played on this national radio station. Nobody told me!” It was this nearly unnoticed nod to his music that got him thinking that he should create more.

He kept working on his music, counting TLC and Frank Ocean amongst his greatest influences. He began putting out a number of mixtapes before moving to Melbourne at the age of 18 and putting out music under the moniker Allday. “That originally was my whole thing. I’ll record something really quickly, like in 15 minutes, and then put it on a mixtape,” he explained as we sat at the corner table in the bustling coffee shop. “A lot of the music was horrible, but there was so much of it. You could dig through it and find something good. I guess I stopped doing that. I just wanted to spend longer.” His first EP, Loners Are Cool, came out a couple years later but it was the singles off his first album, Startup Cult, in 2015 that first created a substantial buzz around him resulting in a loyal fan following.

The rapper moved to Los Angeles earlier this year. It was barely two months after relocating to the States that he put out his most recent album, Speeding. Still, he believes there is so much further to go. “Everyone has their moment where they hit their creative stride. I feel like I’m not even close to hitting my artist output stride or being the artist I theoretically could be.” Gaynor shared, revealing that he often reflects back on pivotal moments to propel himself forward. “That moment you have an opportunity or this person said you’re great. Sometimes I really need to lean on that stuff.” Rapping on the New York radio show Sway In The Morning is one of those moments for him. “I think Iggy Azalea is the only other person from Australia who did it,” he said counting himself in good company. Another way that he keeps making sure he’s producing his best work is by involving the right people saying, “I try to surround myself with people that can provide good feedback. It can get so insular.”

Since moving from Melbourne to Los Angeles, Gaynor hasn’t spent much time there. Touring has kept him busy the past couple months. From the short time he has spent in his new city, he’s learned to appreciate the change of pace. “There’s a certain speed and people are approaching music their own way. There’s a lot of people making music and no one really knows me yet,” he shared. For some, moving to a city where so many people are pursuing the same goals would be intimidating. Gaynor prefers to look at it as an opportunity to try a new approach to making music, believing their is room for variety. “I just try and do things as they come. Hopefully, I can make something and people want to come to the shows.” 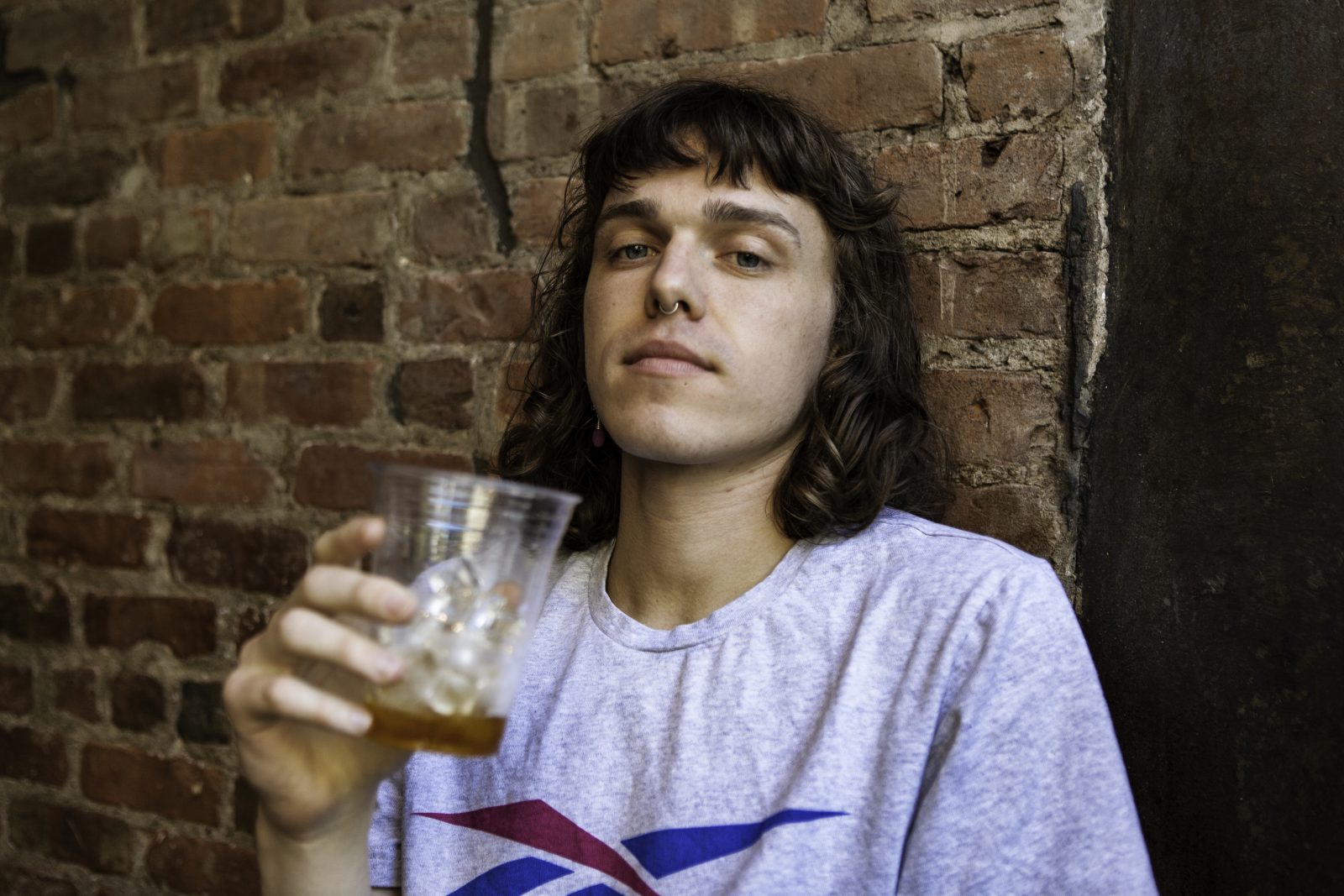 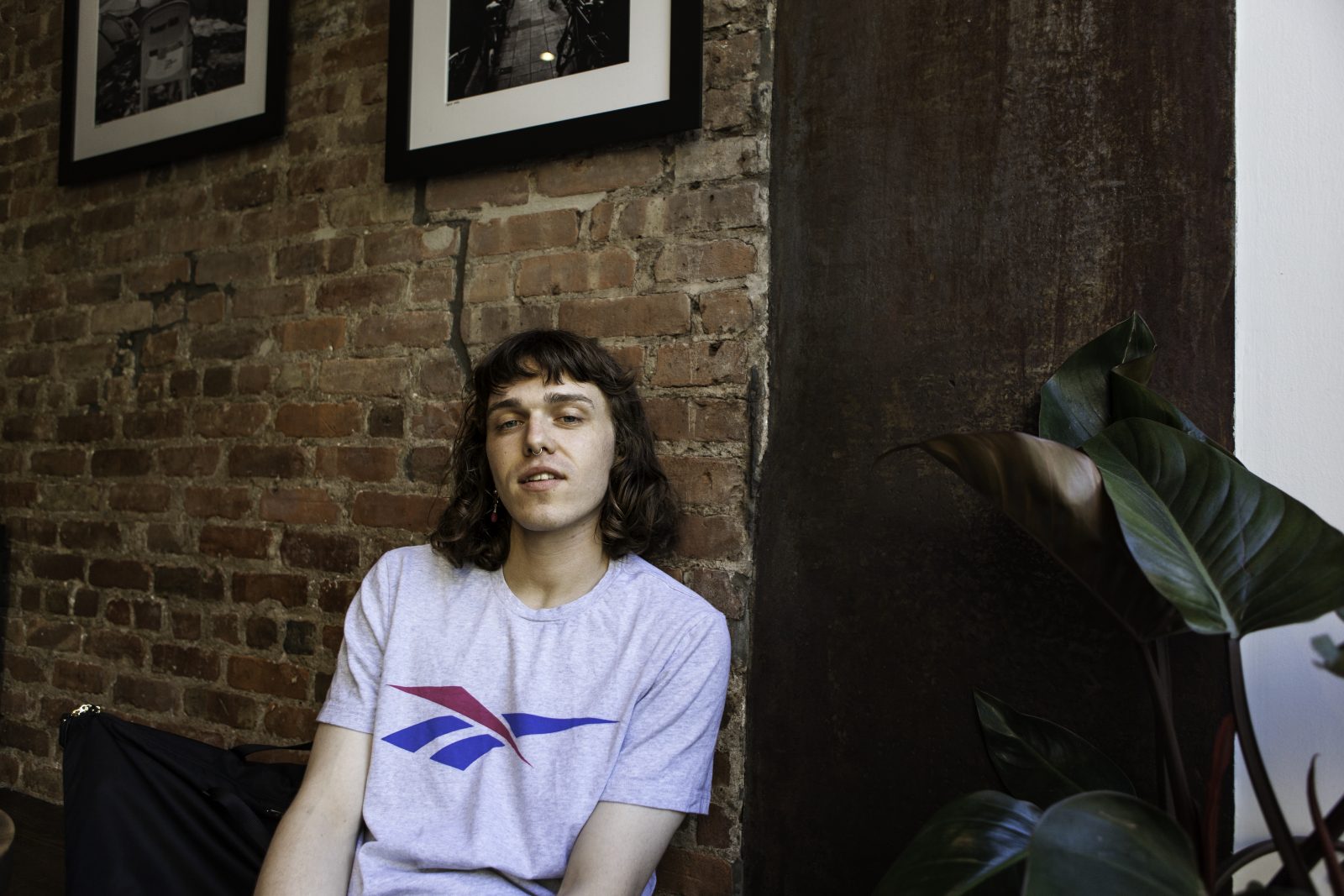 A Love Letter to The Office
What the hit U.S. sitcom taught me about love, grand gestures, and beets