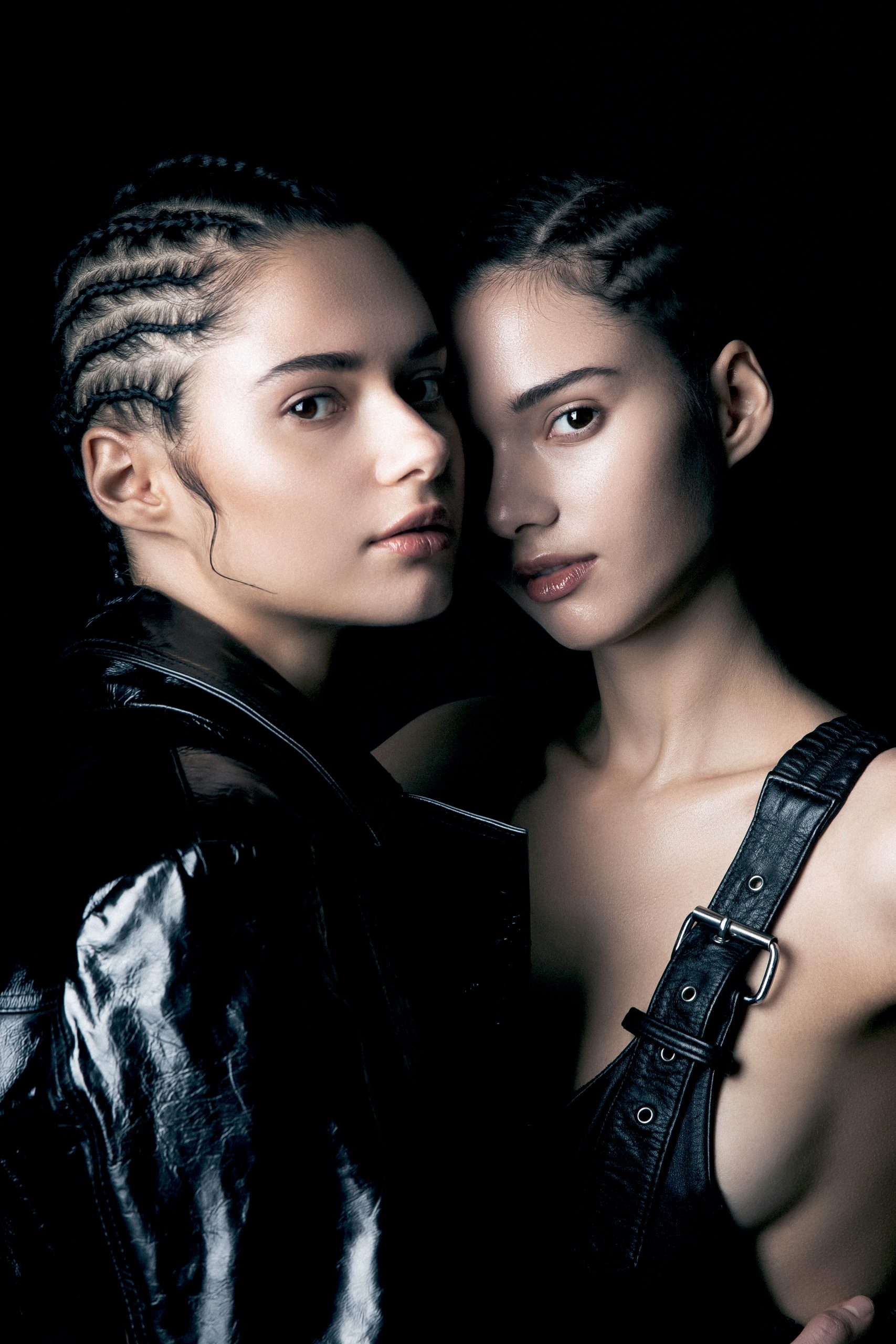 BLOOM TWINSCURATE A PLAYLIST FOR EVERY MOOD

The dark pop empresses share a selection of songs that cast a spell on them, so press play and get ready to be entranced.

Sonya and Anna Kuprienko prove that when a penchant for music runs in the family, there’s no point to look for collaborators outside. A thunderstorm duo, they’ve been on a highway since 2016’s ‘Fahrenheit’ single fired all electronic fans up and foreshadowed a heatwave called Bloom Twins.

The sisters have slain international stages, from touring extensively with Duran Duran and Nile Rodgers in Europe to debuting in the USA at a renowned TED conference in NYC. They’ve sown their explosive-beats-seeds worldwide and the harvest is soon. Freshly after releasing a new track, ‘DayDream’, produced by Grammy-nominated Benny Benassi and a single ‘Hight On Beat’ featuring Jan Blomqvist and Guy Gerber, Bloom Twins are already seeing fruits of their labours as streams are hitting millions.

Though it feels like Bloom Twins has already hit the jackpot, appearing among the likes of Katy Perry and Yoko Ono for Unicef’s Imagine campaign or next to Kylie Jenner at BBC’s ‘Game Changers of Social Media’, there are more tricks up their identical sleeves.

“We’re very fashion-forward, music-forward, acting-forward,” sisters say. They’re a triple threat, honey: whether the mainstream is ready or not, Sonya and Anna are coming for it. On all fronts and armed with a special set of skills: both are multi-instrumentalists trained in piano, flute, harmonica, drums, guitar and production. You name it, they play it. On top of that, being Ukrainian-born and London-based, they can access the cultural powers of the two countries. It gives their music another layer and flair we fell for.

Dying to know what our favourite dark popstars listen to while scheming on the new creations, tearing their hearts open or just having an unapologetic boogie night, we asked them to curate a playlist for us. Scroll down and press the play button. It’s time to enter the Bloom Twins dimension.

“I love this song! Regardless of your age, you can always relate to it.  There are so many situations where I’ve needed to make an important decision, but have had to ask myself: ‘Where is my mind?’” – Anna

“It’s crazy how this track never grows old to me. I’ve listened to this song since I was a baby.” – Anna

“This song is just so cinematic. When I’m listening to it, I feel like I’m part of a 1970s movie.  Her voice is extraordinary.” – Anna

“It’s a recent track from Tyler, The Creator’s album ‘CALL ME IF YOU GET LOST’. I’ve always really appreciated old school artists like ‘A Tribe Called Quest’, and MF DOOM, so when I heard this album, I immediately fell in love with it.” – Anna

“When I find myself listening to production as inspiration for our music – Kanye’s work is definitely always up there.” – Anna

‘Everything in its right place’ – Radiohead

“I’ve been in love with Radiohead since I was a teenager. I always want to listen to their music sitting in a peaceful, dark place. It’s very poetic and intimate.” – Anna

“This track just makes me feel really good. Walking to this song on a sunny Sunday morning is the perfect way to end the weekend.” – Anna

‘Why can’t there be love?’ – Dee Edwards

“This track is perfect for those in cars who are driving absolutely nowhere. The beginning sounds like you are about to take off to Mars (which is one of the places I’d like to go when I’m having a bad day… an ‘anywhere-but-here’ sort of a moment). Definitely puts a smile on my face and makes me feel heard and understood.” – Sonya

“It’s a song for dangerous minds. The fat bass makes me feel like a badass and gets me pumped for work. I’m gliding and grinding when I’m in the zone and this song provides that place.” – Sonya

‘Save Your Tears’ – The Weeknd

“Sad song to make you dance. Save your tears and wear comfy pants. People say the best songs are tested in cars and let me tell you this one took me places I didn’t know before or maybe knew but forgot. It’s the sort of 80s sound I want to listen to 100% of the time.” – Sonya

“Lady Gaga will always be the perfect recipe for my electronic taste buds but this version is what I didn’t know I was thirsty for. It provides another perspective on the song, just because it’s performed differently. And that’s what I think makes a song a great one, the fact it could work with everyone and for everyone.” – Sonya

“If you’ve missed Fiona Apple then this is the jam for you. A laid back, melancholic ballad with words to rock your world.” – Sonya

“If you want to cry happy tears after 4am, having downed a bottle of red that stained your teeth, listening to a song that can scar your heart like a tattoo and will haunt you time after time again, this is the one for you. The way Sam Smith performs it just revived it for me and escalated it to the levels of Rolling in the Deep. Thank me later.” – Sonya

“You always like your latest release, but this particular magic was a long time in the works. This bottle of wine took a whopping 6 years to make but now it’s definitely the beat to get high on!! Originally written with the god of underground techno music Guy Gerber and completed with our dance hero Jan Blomqvist. The corridors to Berlin are always green in this track, and whenever you want an escape, it’s here waiting for you.” – Sonya