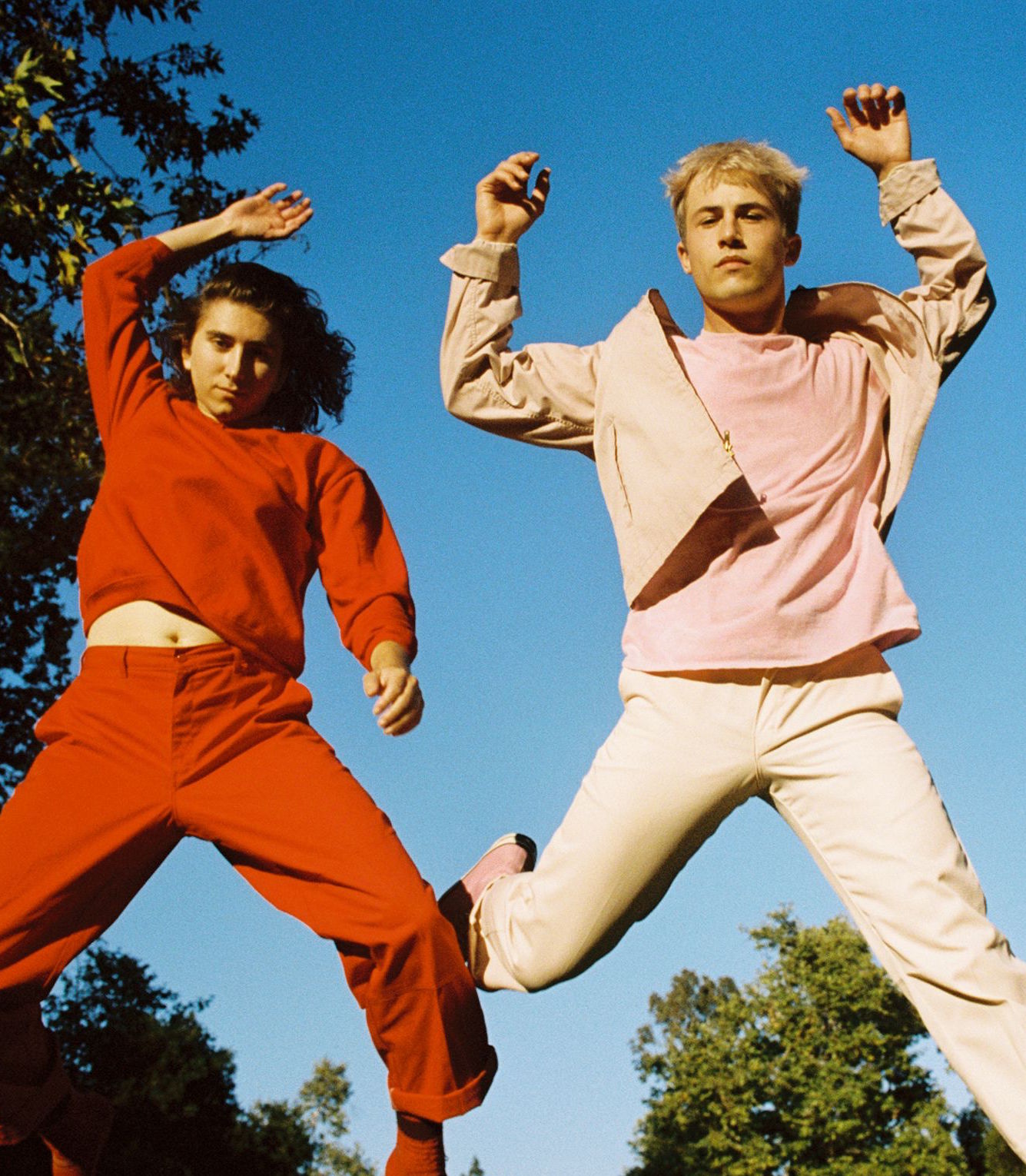 'Fila' from Boy Willows and Dylan Minnette is pure wholesomeness, much like the boys themselves.

Boy Willows met Dylan Minnette (of Thirteen Reasons Why fame) when he shared a tour bus with Minnette’s bands Wallows and they landed on this fine collaboration. When Landon Fleischman AKA Boy Willows asked Minnette if he wanted “to throw on a verse myself and (his) little warm heart exploded.”

The track, according to Fleischman, serves as a therapy session between friends about coping with being alone. “Dylan and I were talking to each other about what feelings bubbled up when we were forced to slow down for the first time in a long time. I wanted the song to be dream-like. The first lyrics are ‘follow me down’ because it’s meant to take the listener down a rabbit hole of what’s going on in my head.” Both the song and video do feel like a window into their brains as you are spun around the forests and land on a bed in the middle of field.

The verses from Boy Willows and Minnette feel like a conversation, a reply from one to the other, which is so refreshing to hear lyrically. Sonically, it is jazzy, folky, and alt-poppy, a combination we can never complain about. It feels contemporary and nostalgic, and confident yet vulnerable. The openness in which they address the ideas of loneliness and, more generally, mental health is very energising to see from two young men.

Dive into Fleischman’s brain and immerse yourself in the warmth of the Fila track and video below.

It’s complicated
the Creative Community & its relationship with Privacy

Charli XCX & Lizzo Release
'Blame It On Your Love'

FUTURE : THE WIZRD
is out today