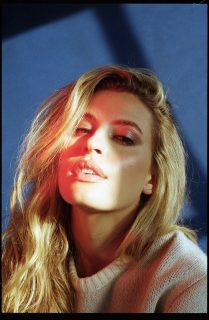 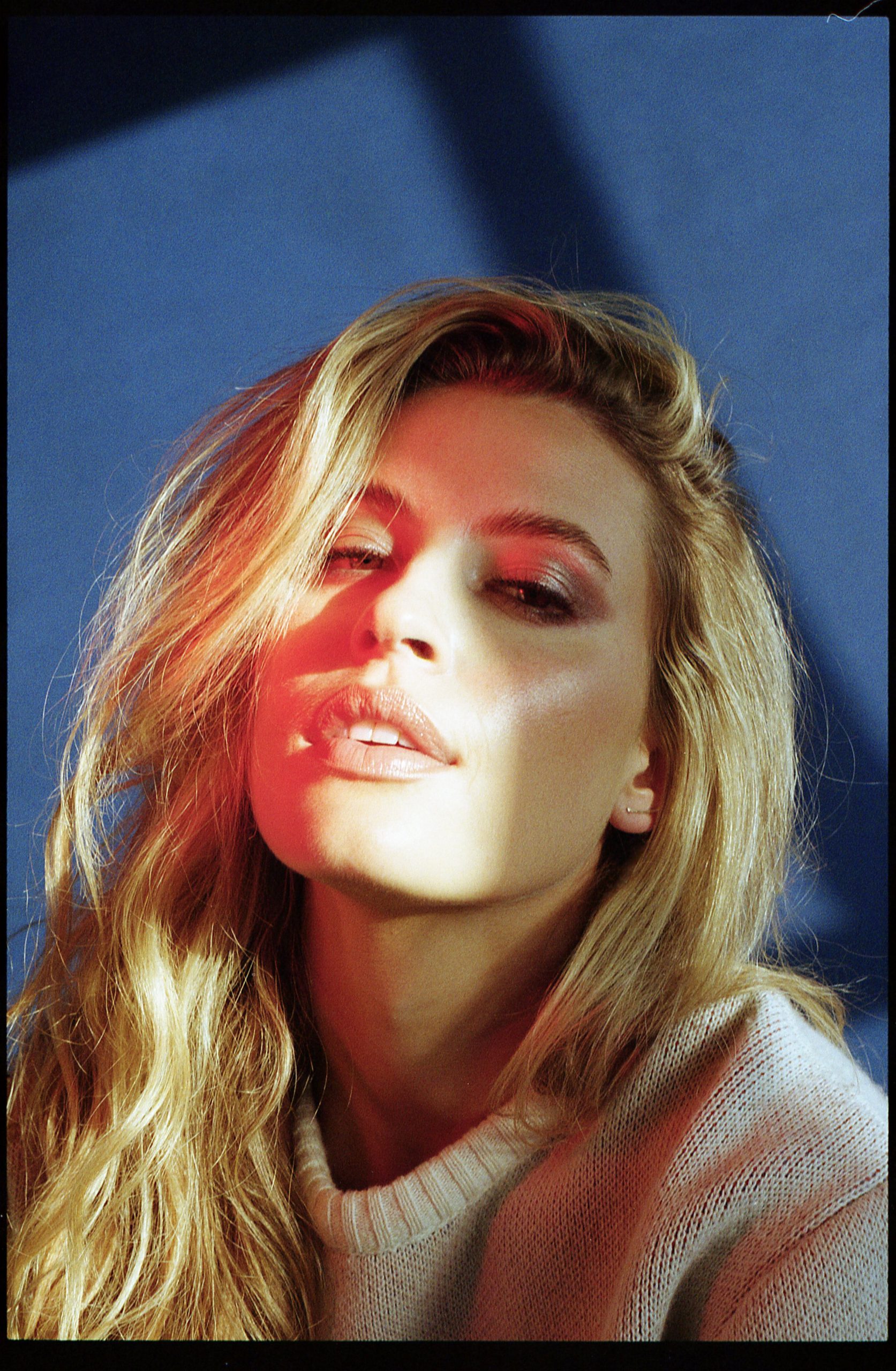 FLETCHER ONHEARTBREAK, BOB MARLEY AND MOVING PAST THE PETTINESS

As FLETCHER drops new single 'If I Hated You', tmrw looks back at volume #35's cover interview with the vibrant artist...

Growing up, FLETCHER, born as Cari Elise Fletcher, only had two CDs to listen to, Bob Marley’s and Celine Dion’s. Thinking back on it now, she realizes how random that was, but how it still inspires her music her to this day. She reflects, “Bob Marley is one of the most incredible storytellers and made you feel something and with Celine Dion, I think I just gained such an appreciation for vocals from such an early age and what the power of good vocal delivery can do for the listener.”

FLETCHER was born in Ashbury Park, New Jersey. Her parents Bob and Noreen were born and raised there, Bob owning several car dealerships while Noreen was a flight attendant. FLETCHER, with her love for music, began taking vocal lessons at the age of five. “I’ve been involved in music my entire life,” she says. “It’s the only thing that’s ever made me feel like I belong to something, and it’s the thing that makes me feel like I’m making a difference in some capacity in this world and that’s all that matters to me. We’re not here for a long time, we’re here for a good time and we’re here to make people feel good and to laugh and to love and I think that’s a contribution and a mark that I kind of want to leave on this world.”

For college, she went to NYU’s Clive Davis Institute of Recording Music where she tapped into all aspects of the music industry. “What it did for me was I think it really fostered just such a sense of entrepreneurship and a more entrepreneurial mindset to the music industry,” she explains. “I took a lot of classes, like songwriting and performance, but also in entertainment law and copyright law for artists and marketing and branding and, you know, a class on immersive experiences and how virtual reality and augmented reality are going to affect the live performance spaces over the next decade. I wanted to look at the industry from every single perspective.” 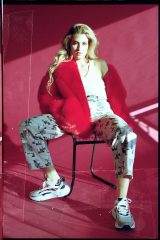 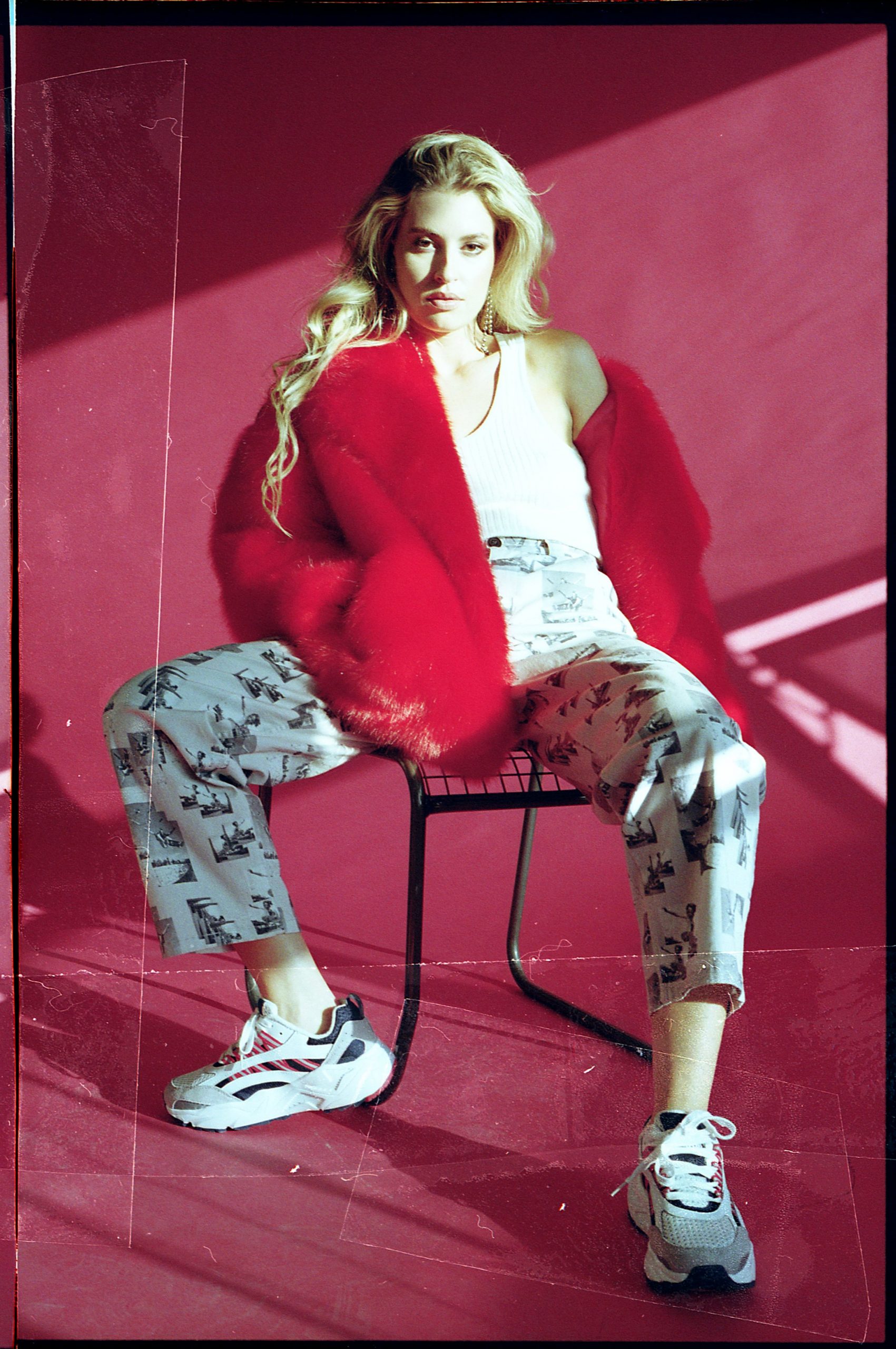 In between her college career, FLETCHER moved to Nashville for a year to pursue music full time. During that time, she released her first single, ‘War Paint’. She then moved back to New York and completed her degree at NYU in 2016. That same year, she also released an EP titled Finding Fletcher, which included her singles ‘Wasted Youth’ and ‘Avalanche’. Between all of that, FLETCHER found time to intern at a couple of companies as well.

“I was an intern for a management company, I was an intern for a publishing company, like, I did a lot of bitch work,” she admits. “I did so many coffee and donut runs and lunch pickups. Stuff like that really, I think, builds character and also just showed me what factors play into an artist’s career. I’m grateful and know that it literally takes a village. And I’m so lucky to be surrounded by so many incredible people that have, you know, made this all possible for me and are helping me live out a dream that I’ve had since I was a little girl.”

The next two years, FLETCHER released two singles called ‘You Should Talk’ and ‘I Believe You’ before releasing her most popular body of work yet, her EP you ruined new york city for me. Each of the songs are lyrically breakup heavy and dominated many Spotify playlists in 2019. “I wrote that entire body of work about one specific person and breakup that I went through,” FLETCHER says. “It was somebody that I dated while I was in college and it was just like the first time that I really, really had my heartbroken and it crushed me into a bazillion pieces. I moved to Los Angeles to get as far away from it as I possibly could. I wrote about it, and it was a really cathartic process. I think I just tried to be as honest as I possibly could and I think that’s something that is pretty consistent that I try to do throughout all my music. I think music is able to be that outlet for people and if I can contribute to that in some way because so many artists have done that for me then that’s a really, really cool thing. Songwriting was definitely a cheaper form of therapy because my therapist charges too much even though I love her.”

Her single ‘One Too Many’ dropped late in 2019, wrapping up that chapter in her life. “I think that the EP explores the emotional roller coaster of a breakup and ‘One Too Many’ is one of those stops on the roller coaster of just kind of being angry and wanting to be a petty bitch,” she laughs. “And I’ve definitely been that plenty of times in my life of where you’ve just had, like, one too many drinks and you’re kind of just saying what you want to say and feeling like just wishing ill upon somebody. I’m trying to move past that and, you know, have forgiveness and move past the pettiness in my life, but like honestly we’ve all been there and anyone would be lying if they said that they haven’t been. It’s just a continuation of a shitty heartbreak. Everyone had been really bugging me to put that song out because I had been playing it live, but I hadn’t released it. So, I finally put it out and I’m really glad that I did because I think it just kind of it closed the you ruined new york city for me chapter and like really allowed me to just like, close the book on it and, you know, move on to what’s coming next.”

Her latest single ‘Forever’ is the beginning of her next chapter. “I’m growing and I’m learning and I’m, you know, kind of experiencing all the lessons that a 20 something person goes through,” she says. “The music has shifted more to being about me and what my perspective has been and like the experiences that I’m going through and I think, you know, self-love is something that I have really been working on the last year of my life. It’s more introspective. I think there’s a bit more light to it. The theme is what it’s like to just fucking exist in the world as a young 20 something, trying to find their way with kind of no guidelines or rules on how to do it. And sometimes it doesn’t make any sense and most of the time I have no idea what the fuck I’m doing, but I’m figuring it out and I think everybody else’s too. I think there’s a lot of beauty in that.

“‘Forever’ is a song about meeting a special someone that you could see yourself spending the rest of your life with, but you know that there’s so much more that you need to accomplish on your own and you need to learn how to love yourself first before you can love anybody else. It’s my self-love anthem and the kickoff of my 20 something era.” 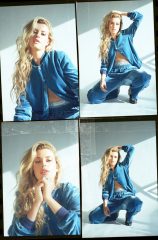 Something that’s been consistent throughout FLETCHER’s music career is her dedication to making her songs and lyrics as honest and candid as possible. When asked, she says, “I think people are just craving a sense of honesty and sincerity just like now more than ever, you know? I’ve never seen the purpose of being an artist that’s just like ‘insert artists here,’ like any person can sing the song. I want to make it personal because what’s the point of just filling any kind of space with anything. That just means nothing. Ain’t nobody got time for that in 2020. So yeah, telling stories…I mean those are the people and the artists and the things that I’ve connected with my entire life and I want to be that for somebody else and also for myself. It helps me just make sense of the world and of my life. The most important thing to me is to just be human and show people that.”

You can catch the pop singer on tour this year with Niall Horan and Lewis Capaldi on the Nice to Meet Ya Tour. “Niall and Lewis are two of the most fun dudes I’ve ever met in my entire life,” she giggles. “They’re so hilarious and I genuinely just can’t wait to laugh so hard and be on the road with good people. They both have really lifted me up and supported me and just been really awesome through this whole experience. It’s going to be a really good time and I think we’re going to drink too much.”

Check out the rest of the FLETCHER shoot and get yourself a copy of tmrw volume #35 below now:

RuPaulDragCon UKis back with a bang for 2023