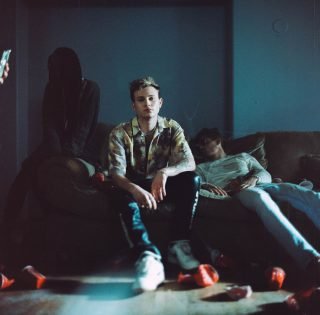 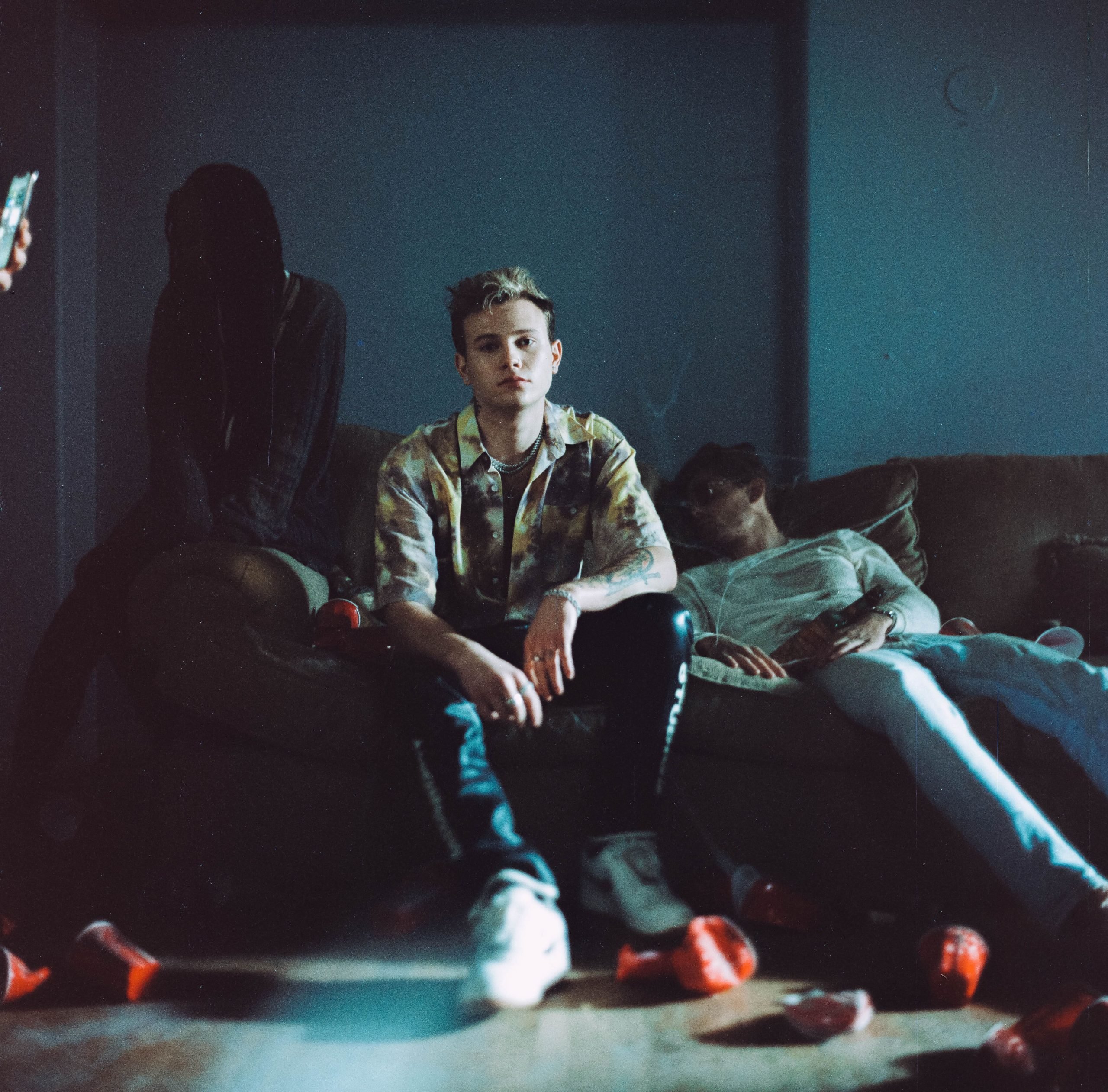 The 20-year-old singer-songwriter levels up in his mature new single Miami, out Friday (April 17) via 300 Entertainment.

Noah Cunane was at an ordinary party when he met this girl. He didn’t know her name—still doesn’t—and he didn’t ask for her number. She told him she was from Miami, and that’s all he had to go by. They had a great night and left it at that.

He will never see her again, but he can always remember her and their epic night together through “Miami,” his newest single. “Remember when we kissed,” he sings desperately over acoustic guitar in the pre-chorus. “Hands around her hips / It’s the only think I think about / Didn’t make a wish, can’t forget her lips / She’s all I want right now.”

In a world where people are more accessible and connected than ever, the thought of letting a chance meeting be nothing more than a chance meeting is romantic. “Miami” finds Noah dripping in nostalgia, but the song itself is nostalgic for a time when moments were allowed to just be.

“You wish that you could have gotten to know them more or got their number or even their name, at the same time, you’re like, Oh, that’s a once-in-a-lifetime experience,” he says of the meaning behind “Miami.” “You wish it could have been better, but at the same time, it couldn’t have gone any better than it did. There’s no going back.”

“Miami” follows “Medicine,” released in November 2019. “Medicine” was released roughly a month and a half before signing with 300 Entertainment, but it is officially considered his first release with the label. His catalog is only two songs deep in this new chapter, but he has already shown range.

“I feel like ‘Miami’ especially showcases my raw talent with just singing and songwriting because it’s very story-oriented,” he says. “There’s only a guitar and bass in the whole song. I feel like that’s hard to do for a lot of people, and I feel like that’s what makes it such a good song is the simplicity of it. And then ‘Medicine,’ I’d say definitely showcases a cool, edgy style I can do.”

He adds: “‘Medicine’ could be played at night in your car with your friends or it could also be played at a party. It’s that kind of versatility where you listen to it one way or you could listen to it another way. And ‘Miami’ is the same, too, because I’ve listened to ‘Miami’ with a bunch of my friends and we’ll be shouting it, jumping up and down, but another time, you’ll be in the Uber listening to it on your AirPods at night.”

Where “Miami” sees him totally at peace with what was, “Medicine” finds him grieving a lost love and lamenting that he “didn’t drink enough to numb the pain.” Both singles are acute in terms of Noah’s emotions, but open to interpretation for listeners to apply to whatever best-suited feeling or situation.

“I definitely make very relatable music,” he says. “I try to stray away from he or her or she or him or stuff like that because I feel like if you say you, your or they, it makes it more, anyone can just be like, Oh, I relate to this. Whether it’s family or girlfriend or boyfriend. Just the types of messages, I’m definitely more emotional. I feel like it hits home for a lot of people if they’ve been through a similar situation.”

Vulnerability is the foundation for his tight-knit fan base, he says. He discloses he tries to respond to anyone who reached out to him and values the people who are believing in him during these early days.

At 20 years old, Noah handles mature subject matter with delicate ease. That could be because he’s been at this since he was 15. Really, he’s been writing down his life experiences and making music out of them for as long as he can remember

It turned from hobby to potential career when he moved from his hometown Westchester, Pennsylvania, to Florida, and auditioned for a talent agency at the urging of his family. He ended up staying near Orlando with a host family at 16 years old. He took what were called Pop Shop classes for acting, dancing, guitar and singing. He joined a band called T5. The group left for China, where Noah lived for about a year, to appear on two shows. “I loved the experience, but I didn’t really wanna do it the way they were trying to portray us,” he says. “And I didn’t really wanna be in a band. … I just wanted to do it on my own.”

Taking all the lessons he had learned, Noah began releasing music under the stage name Sachi. He has a tattoo on the side of his neck that says SACHI in Japanese. The word means happiness and fortune in Japanese, and that’s what it represents to him. He will never regret the ink because he will always be grateful to the part of his identity that gave him the confidence to make music as himself. Things were made complicated by a New Zealand-based EDM duo also named Sachi. They emailed Noah about the shared name and informed him they had filed for the rights to the name the day before. It wasn’t worth the trouble. It was much easier to just be himself.

“I was just wanted to be completely honest with myself and with other people about who I am and the real me,” he says.

Once he made that decision, he had to put in the work to be the best version of himself. He moved to Los Angeles for eight months when he was 18 years old. He felt himself straying. Spending his time partying. Getting burned by people and struggling to find solid ground. Doubt was creeping in, and he realized the path he was headed down. He moved to New York City, where he met Roy Lenzo, the producer behind “Lips.” That was the song that convinced Noah’s now-manager, Nick, to take him on.

Unlike in “Miami,” the people Noah was crossing paths with now weren’t going to let it be a one-off meeting. They were committed. People were going to know his name.

“If I didn’t have any of those doubtful times where I had to go through not having money or not being the right people, just losing yourself,” he says, “I feel like many people have gone through that. You just come out and you’re a lot smarter. You can catch yourself. I can catch myself if I start falling into that same pattern again. I’m like, OK, I’m falling into the wrong pattern. I catch myself, and I bring myself back to life.”

Noah has been sober for around six months. He clarifies that he does not have a drinking problem, but he wanted to eliminate the distraction to focus on his music. His only cares in the world right now are his family, his friends, his new puppy named Kado, and finding success in music.

“It just feels like I’m progressing naturally and not like anything is forced,” he says. “It doesn’t look like I’m trying to be anyone or trying to be a certain way. I just stuck to my ways and didn’t budge on anything. No matter if someone said no or didn’t believe in me, it didn’t matter. I didn’t care. I just knew what my vision was.”

Noah discloses that he has at least 80 unreleased songs from the past year. He is eager to evolve his sound and lean more into an emotional punk-pop lane. He doesn’t have to look far for inspiration. He has tattoos of late emo-punk rappers Lil Peep and XXXTentacion on his arm. He keeps portraits of them, along with the late Juice Wrld, on his wall. They were the artists whose music helped him get through the hard times. He describes his music as a mixture of “the writing and emotion of X with the pop singing of Ed Sheeran and Justin Bieber.

But he has already made clear that he is not interested in being anyone other than Noah Cunane.