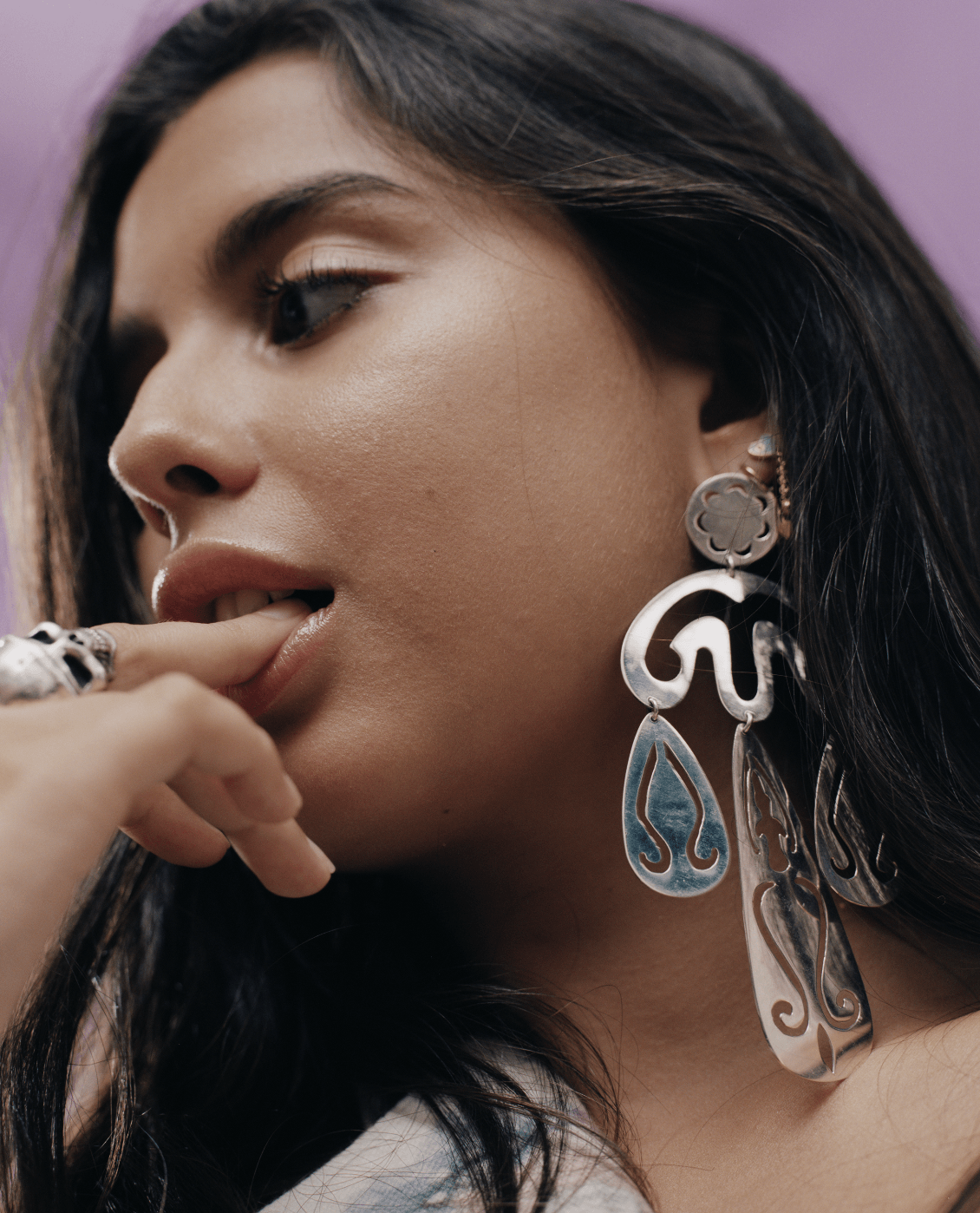 New Yorker Sophia Messa discusses songwriting, and her latest single ‘What Am I Gonna Do With You’.

At only the age of 19, Sophia Messa has already proven to be a star on the ascent within the world of pop. With her debut single ‘moneydonfixlonely’ gathering serious traction and media response, Messa is quickly establishing herself as an emerging talent.

Having dropped out of the highly esteemed Berklee College of Music following an almost instantaneous signing to Arista Sony, Messa has been releasing pop cuts with a twist. Sonically, while adhering to some of the hallmarks of contemporary pop music, Messa takes on a darker tone. ‘moneydonfixlonely’ contrasts heavy, dance grooves with moody, detuned synthesisers and pitch-shifted vocal samples. Messa’s vocals too affect a crestfallen strain, with emotions flitting between dejection and – whether intentionally or not – apathy. Lyrically, Messa’s music reflects what you might assume the concerns of a 19-year-old would be. Her writing typically situates itself around the angst, fears, and pains of young love as well as the insecurities that often come strapped along with it.

Her follow up single to ‘moneydontfixlonely’ also adhered to this sentiment. Co-written by Amy Allen, ‘offyourface’ concerns itself with the risks of blindly running into a relationship with someone. The supporting music video positions Messa and an admirer gazing at each other across and around a chic bar. Messa describes shooting the video.

“I really wanted to have fun with the ‘offyourface’ video,” Sophia explains. “So anything that I did or whatever happened to me in it, would also happen to the guy simultaneously. We played with the idea of being careful of who you are jumping into a relationship with because you don’t know what the consequences are…good or bad!”

With regards to her music in and of itself, Messa considers some of the influencing factors that go into her production. As the daughter of first-generation Brazilians, Messa believes the impact of her heritage on the music she makes. Although she acknowledges that tonally her music is not necessarily comparable to traditional Brazilian music, she considers the energy of Brazilian music and how that has carried into her work.

“Growing up with samba and carnival definitely indirectly influenced the type of music I make today,” Sophia says. “Probably the biggest element that reflects Brazilian music in mine is the energy.”

Alongside the energy provided by genres that Messa cites, the 19 year old discusses her more direct musical influences and musicians that first informed her decision to begin writing her own music. An element that comes across in Messa’s own music is her candid approach to lyrics, which appears to be something that she has derived from the artists that first inspired her.

“Sia and Amy Winehouse were probably the two biggest inspirations for me to start writing music. I remember growing up and listening to their lyrics and hearing how honest and raw they were. I loved that about their music,” Messa says, before describing how songwriting allows her the space to communicate emotions. “Growing up and still today I have a hard time communicating how I feel in conversation. So I need a different way to express myself, which is also why I appreciate songwriting so much.”

Messa describes the story behind writing her latest single ‘What Am I Gonna Do With You’. Set in the same moody pop tone we’ve heard in her previous singles, Messa lyrics describe the frustrations of a complicated romantic situation between herself and a friend.

“Well the idea behind ‘What Am I Gonna Do With You’ stemmed from going out and constantly running into this guy I was into,” Sophia explains. “We would talk, and there was chemistry, but he would never fully go for it because he was my cousin’s good friend. I wasn’t going to be the first to make a move, so it was this frustration of ‘What Am I Gonna Do With You’ because you’re so hot and I wish you would just ask me out!”

With more music in the works and a New York gig mid-September, you can check out Messa’s latest single below.