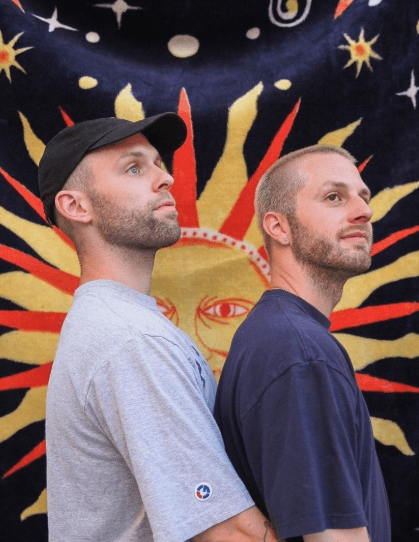 YES PLEASE! NYC duo are ones to watch

Having gained attention for their debut EP ‘Good Manners, Bad Taste’ and the release of new track ‘All The Time’, rising artist/producer duo Yes Please are set for big things in 2020.

New York-based artist/producer duo Yes Please, make music that is self-aware and true to themselves. Learning to laugh at themselves while still embracing everything that makes them different, the duo are working towards a sound that’s deeper and more developed.

Producer Apob and artist Matt Miggz, describe their music as “fun, eclectic and genuine”. Speaking about their approach to music and their evolution, they say “We’re both self-deprecating, self-aware people who like to joke around and it shows in our songs, hopefully. We’ve gone from just looping a beat and trying to make something out of very little to being more unafraid to explore sounds.”

Both Matt and apob draw personal inspiration from different sources. While Matt says, “Personally, it’s both of my parents have always been cool, driven, and talented in their own ways,” apob’s personal influence comes from his other producer friends. He says, “I get inspired by listening to other people’s music. Every time I’m excited by something we make, my friends Izaiah will send me a sample he just finished. Madison will send me a song idea that is so much better. It makes me mad, but also inspires me to work harder.”

But professionally, they are inspired by the same kind of people, big names like Tyler the Creator, Y2K, Ro Ransom,100gecs and Slayyyter, but also their hardworking peers. Matt explains, “Of course, seeing someone like Tyler the Creator become successful doing it exactly how he wanted to is incredible and inspiring, but I relate more to people around me who are still working their ass off to get to the place they want to be.”

On the topic of places they want to be in life, they delve into their own bucket list. Matt exclaims that working with his favourite artist Drake is at the top of his list, and some others like Young Thug, Pharrell, SZA, Partynextdoor, Brent Faiyaz, Ty Dolla $ign and Baby Keem following close behind. And for apob, working with his two favourite producers Danger Mouse or Rick Rubin is the ultimate dream.

But before launching off into these lists they make one thing very clear, their biggest dream is simply to keep making music. They say, “Being able to make music for a living is the goal, obviously. Anything else that comes with it is the icing on the cake.”

With such an incredible passion for music, it’s no surprise that the entire process of music-making excites the duo. apob explains, “The ‘warm-up’ process is the most exciting. Even if we don’t use the full idea, we might steal a verse, a melody, drums etc. It’s a brain dump, so there is no pressure on what you create.”

Matt echoes this statement about and says, “Even when we plan to work on finishing another demo for that day, we always start our sessions with a ‘warm-up’ that usually ends up becoming a new idea for later use. So for us, the entire song creation process is the most exciting.”

But no creative process is without frustrations Matt explains that his stem from a personal place. He says, “The most frustrating part is when I can’t write anything good, and I get really down on myself. When that happens, I will usually just make a million different drum loops to try to get it out of me, but sometimes it just takes so long.”

For apob, it’s the incomplete demos that become a frustration. He says, “The most frustrating thing for me is when we have a great idea or demo – but it never translates into a full song. ‘Demo-itis’ is another thing that sucks! (Over-listening to an idea and getting too attached to the way it sounds.)”

Despite these moments of stress and self-doubt, the duo has done very well for themselves. Reflecting on the most memorable moments of their career so far, they say “we’ve been working on music together since 2010. We were continually making beats separately and sending them out to other artists.”

“Meanwhile, we were also recording our own versions on those beats and exchanging them with each other, but never releasing it. Dropping our first EP “Good Manners, Bad Taste”, which was a culmination of all that work,   was a very surreal, proud moment.”

“Another really major highlight was going down to Bright Lady in North Carolina and working with 9th Wonder.” apob explains. “He is one of my favourite producers, and I grew up listening to his music. Pretty crazy to be standing next to him and the whole Jamla army.”

With their debut EP hitting over 600,000 streams on Spotify and their new track ‘All the Time’ continuing their wave of success, Yes Please are set for a 2020 filled with new music. Revealing a bit of what’s to come, they say, “As for what’s next, we have a ton of our own stuff to record but also a bunch of stuff we’re hoping to get to other artists. There is a lot of room for growth, so focusing on levelling up and making every release sound better and better. “

Yes Please are making sure to live their truth, charging forward equipped with the music they love and believe in. There are no attempts to emulate or imitate anyone else, and that’s a definite indication that they’re on the road to success.