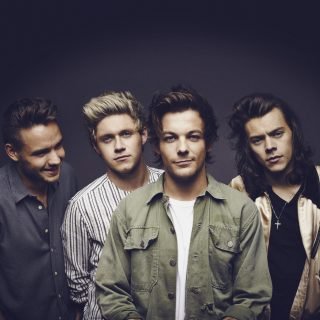 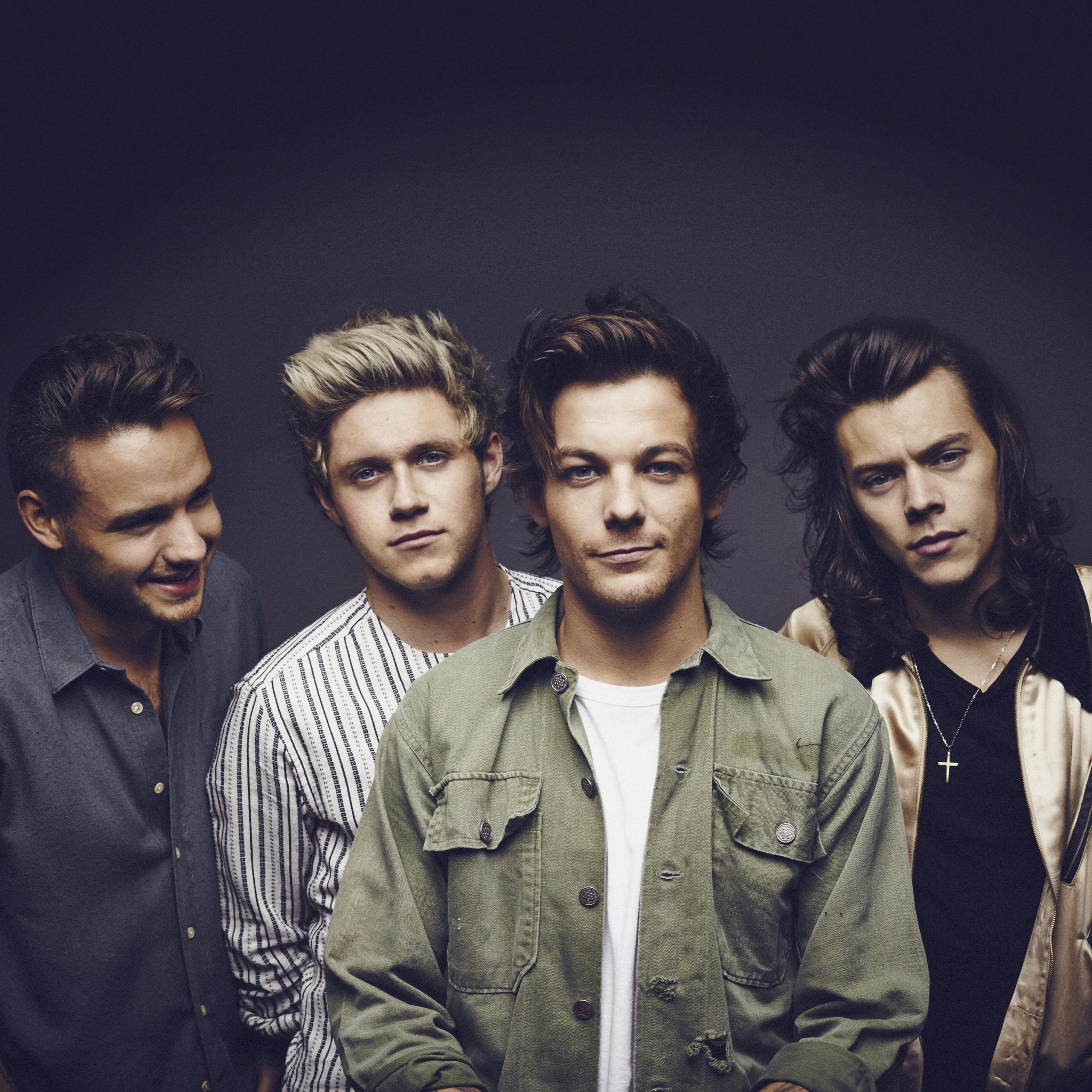 I Hope You’ll Remember How We Danced:The Impact of One Direction, Ten Years Later

by Kelsey Barnes and Naureen Nashid

Reflecting on One Direction’s legacy and influence over the last ten years.

When reflecting on music’s most influential artists, critics tend to use statistics to measure their legacy—whether it’s a band reaching #1 on the charts, multiple sold-out tours, or albums that represent a generation. Those types of accolades and praise are for bands that, typically, exist within rock with a predominantly sizeable male fanbase, like The Rolling Stones or The Beatles. For English-Irish boyband One Direction, who actually broke one of The Beatles biggest achievements by having five Top 10 debut tracks on the Hot 100 compared to The Beatles’ four, have sold out multiple tours and delivered five albums five years in a row, they have not been regarded as much of an influential force in the music industry as they should be.

Today—on July 23rd 2020—the band celebrates ten years since they first became a band, even if five years of that time was during a prolonged indefinite hiatus while each of the members pursued solo ventures. A decade marks ten years of One Direction and, for the fans, ten years of an impactful legacy the band, both together and apart, has had on their lives.

After being thrown together on The X-Factor back in July 2010, the band did more in five years than most bands do in their entire careers; they released five albums and sold more than 6.49 million copies in just America alone, filmed one concert documentary and one tour film, completed multiple world tours, and pursued philanthropic ventures. All of those things didn’t come without a price, though. Zayn Malik left the band in 2015 due to his mental health suffering. The band toured consistently every year with hardly ever having any personal time off, and add in an album release a year, they were extremely overworked.

There’s a belief boy bands have an expiry date, and it’s likely their management felt they needed to get as much out of the band while they believed they were still relevant. It’s likely that fans would’ve stuck around if the members took time between their albums and tours. In 2015, when the hiatus began, people wondered if One Direction really could ever come back and, if they did, would fans still really care about them?

“One Direction was one of the biggest and most successful bands,” said @TheHarryNews, a Twitter fan update account. “They achieved amazing things in the five years they were together, despite being overworked by putting out albums and touring every year, which isn’t normal.”

One specific thread that ties together every fans’ thoughts when they reflect on why they decided to become fans of the boys in the first place is the carefree and loving rapport the band has with one another. We’ve all seen The X Factor video diaries, laughed over their banter during interviews, and watched every live performance they did to look out for cute interactions between our favourite members. In their own unique way, One Direction helped defy traits typically associated with toxic masculinity; they didn’t shy away from their affection for one another and made that known in interviews and concerts. Their friendship set them apart, made them more real, and through them, we made friendships of our own.

When someone seeks out new friends, they go to where they feel safest: the communities of people who love the same things as they do. Social media not only propelled the band to international audiences, but it also helped many fans meet the people they now call their lifelong friends. “They have impacted my life in ways I never thought a ‘boyband’ could,” said Lauren, a fan from Buffalo, NY. “They gave me the best friends I could ever ask for, helped me when I was lost and thought I had no one. They ultimately helped me find myself.”

Social media did more than just help us make friends. It was also a major catalyst for the band’s success, and a large part is due to update accounts on Twitter that were created by fans, for fans. Fan-created update accounts would document every single movement and moment made by the band’s five members, whether it was live-streaming a concert or updating fans on the band’s whereabouts. For @With1DNews, a UK/Canada-based update account, it’s a labour of true love for the band that “glued them together” in the first place. “We found each other through our 1D fan accounts on Twitter,” they said. “We started talking about the boys, then our lives, and quickly became great friends.”

Even though they started the account after the hiatus already began, they still felt like fans needed One Direction news. “We had noticed there weren’t really any active 1D update accounts left and we knew a lot of fellow 1D fans were still interested in seeing news about the boys’ careers and lives. It was also because we missed seeing 1D together and hearing about them together. We thought, why not create this space that connects them even if they’re now all going their own way.”

Update accounts take as much time, effort, and energy as an unpaid second job; it requires those who run them to schedule themselves accordingly to cover certain times of each day to ensure their fellow fans get updated in a timely manner, and they do as much fact-checking and researching that any other traditional news outlet does. 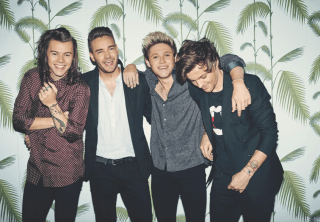 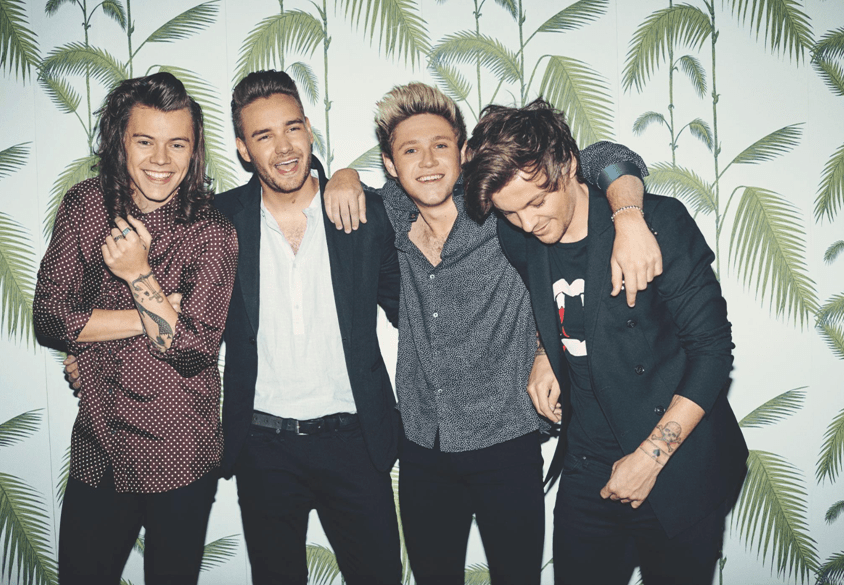 Even if some critics might not consider One Direction an influential force in the music industry, the impact they continue to have on their fans is what has set them apart from every other musical act. In a scene in One Direction’s concert documentary, This Is Us, a fan breathlessly states “I know they love me, even if they don’t know me.” This type of parasocial relationship to a band is something not many understand; it’s a sense of intimacy that doesn’t require either party to actually deeply know one another on a personal level but is still as meaningful and significant as actual relationships.

A connection with the band is even more prevalent for Amy, a Los Angeles based writer and mum of two, because of the impact the band has had on her family is something that isn’t tangible but has been detrimental to her children’s development. “I have a child with physical and neurological disabilities who, prior to One Direction, was completely non-verbal and really struggling to find motivation and happiness amongst all the doctors and therapy appointments,” stated Amy. “They have done more for her development, including indirectly teaching her to speak and sing, than any therapy she’s ever done. Up until we found the boys, everything was trial and error; trying to find what makes sense to her and would, in turn, make the world make sense to her. Who knew the key would be a ‘silly’ boy band?”

Many fans have expressed that the band is their happy place – the only positive light in their life when things got tough. For so many, the band came at a time when they desperately needed something to help them through difficult situations whether that be pressure from school, jobs, peers, or life in general. Watching the ‘Best Song Ever’ music video, or a funny interview felt like a cure to smile and laugh after a long day. “They were what we turned to when we felt overwhelmed in our own lives. Now, we’re adults, and they still bring us as much happiness as they did when we were younger,” says @With1DNews.

Not only that, but the band has also helped fans gain more confidence in themselves. By helping create a space and community for them, fans who may have felt lonely, different, or struggled to find a place they belonged had somewhere to go now. They made friends who accepted them, endless content that felt like a burst of serotonin, and a band of boys who told them through lyrics how great and valuable they are, songs like ‘Through the Dark’, ‘Diana’, and ‘Little Things’. Through the band, One Direction fans created their own safe space to work out and navigate their own identity; a space that is free from outside shame where they could be whoever they wanted to be because the people they loved the most accepted them for exactly who they are.

Despite the safety found in those spaces, others have given those fans different descriptions: Hysterical. Rabid. Extra. ‘Screamers.’ Those are just a few of the many words that have been used to describe female fans of boy bands, both past and present. Although these words carry negative connotations, they imply something more powerful than any naysayer could understand or try to define: the sheer force that comes with unashamedly loving something so deeply, you don’t really care about anyone else’s opinions.

Young female fans are the most supportive, passionate fanbase an artist can have, yet they are the most trivialized and ridiculed both within and outside of the music industry. At the start of their career, music’s most beloved band The Beatles was a boy band that catapulted into fame because of, not despite, their female fans. It wasn’t until male fans noticed the band’s progression into an experimental sound when they decided to embrace the band and deem them worthy of their support after they began playing ‘real’ music.

Even if there are major similarities between The Beatles and One Direction, the latter is still regarded by many to be a manufactured pop boy band with a ‘teenybopper’ fanbase. The members of the band have consistently embraced and validated their predominantly female fanbase; Harry Styles has been consistently vocal about this matter, going so far as to say “Teenage-girl fans — they don’t lie. If they like you, they’re there. They don’t act ‘too cool.’ They like you, and they tell you.”

In ‘Girl Almighty’, the fifth track on their fourth album, Four, the band addressed the way their fans have been misjudged and labelled ‘crazy’ because of their passion and not only applauded them for their dedication and love, but bowed down to them as well; “Let’s have another toast to the girl almighty […] I get down on my knees for you.” Not only has One Direction always known who helped them get to where they are today, but they’ve also never shied away from declaring their respect for them, constantly validating their fans’ feelings.

For One Direction’s fans, a decade of the band’s formation represents ten years of a legacy that will continue on, even if the band never formally get back together. For Amy, it doesn’t really matter if they got their start on a TV talent show because it’s the fans that made them and set the band apart from every other boyband. “What we all created together feels so untouchable in regards to boy bands of the past and ones to come. I think people will look back in awe and see what we see; we’ve been so incredibly lucky to have witnessed the magic of One Direction.”

They might not be aware of it, but One Direction was incredible at predicting what was to come in their own music; “Who’s gonna be the first to say goodbye?” / “But it’s not the end, I’ll see your face again” / “We had some good times, didn’t we? We wore our hearts out on our sleeve” / “We could be the greatest team that the world has ever seen.” In ‘Best Song Ever’, a song that ordinary listeners would not exactly consider overly sentimental or profound, there is one lyric that will always stand out for the fans to represent One Direction’s legacy perfectly: “I hope you’ll remember how we danced.” Ten years later, we haven’t forgotten.

EMPOWERED AND ON TOP:THE WOMEN OF CRYPTO

WHY WE’RE NOT CONVINCEDDIGITAL FASHION WILL SAVE THE PLANET