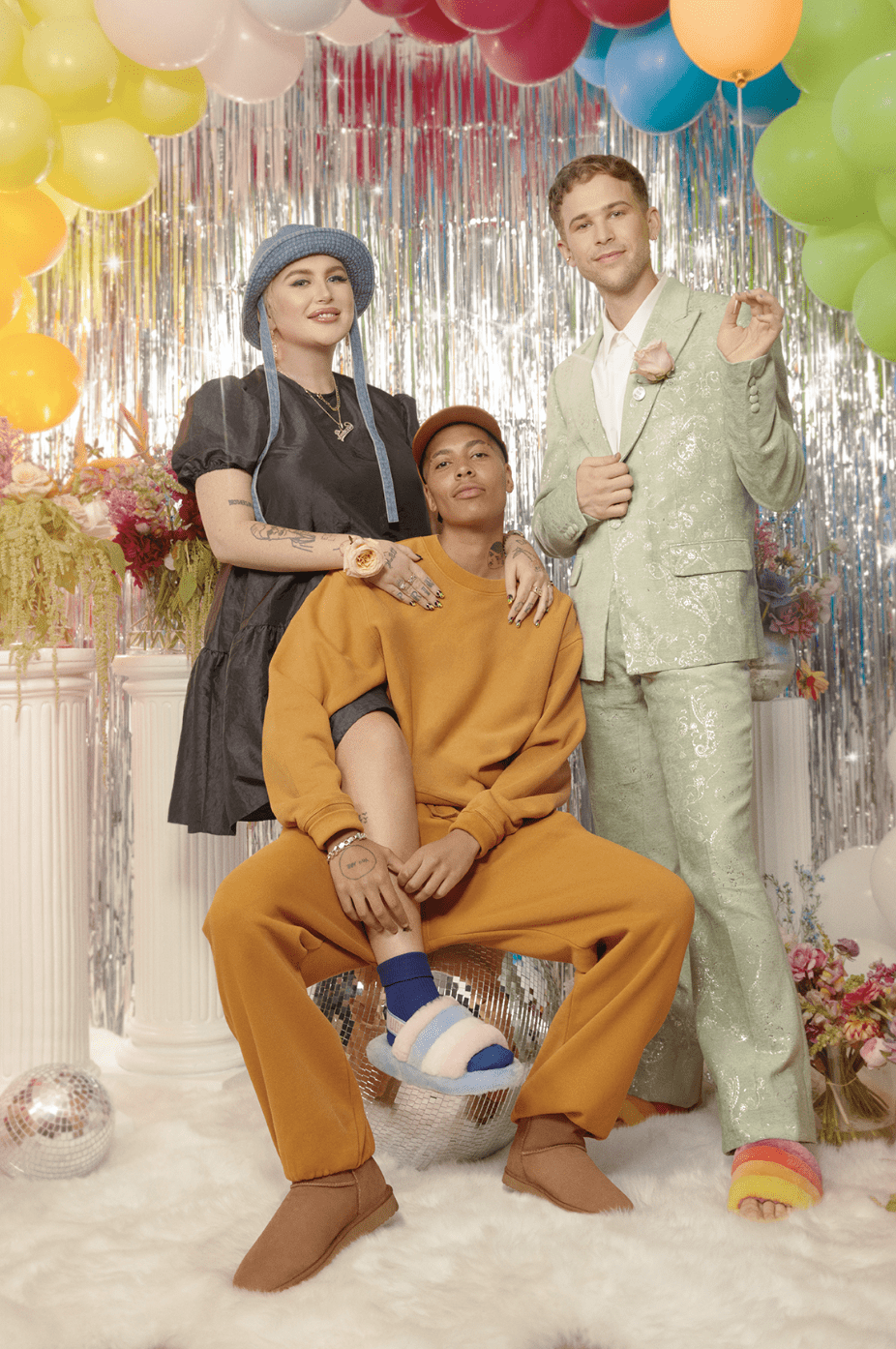 We’ll never get too big for our UGG boots. There’s a certain joy in wearing them that’s unparalleled with any other footwear – I mean, essentially, you’re wearing your slippers out and about. But where sliders give your feet some breathing space, UGG boots snugly hug them in a rug of fluffiness.

Since everything noughties is staking a comeback right now (cargo pants, Juicy Couture), it seemed apt to affix the down-under boots firmly to our radar. Now, they’ve released a new all-gender Pride Collection – which mixes the worlds of the slider and the UGG for a best-of-both boot.

Two silhouettes are on offer. First up is the Disco Checker – a chunky, platform slip-on dressed with their classic wool-blend goodness and an elastic backstrap to keep everything tight.

Next is the Fluff Yeah. This one mixes sheepskin with a rubber sole to make you don’t slip-out your slip-ons while having a dance. There’s also a kids’ version of the Fluff Yeah, which is absolutely adorable.

The colourways on offer would make your dentist sweat – think battenbergs, rocket lollies, marshmallows and fruit pastilles. It’s impossible not to smile, looking at them, which is a great thing right now.

The best thing, though? The cause. UGG is donating $125,000 to support GLAAD – a non-profit organisation advancing LGBTQ+ equality. Back in February, they actually shot a ‘PROUD Prom’ at their HQ, inviting activists and stars like Tommy Dorfman and Cora Delaney to join the party.

They also hosted a virtual version last Friday, featuring a live performance from our fave FLETCHER, a glam tutorial from Kali Kennedy and looks from celebrity stylist Chris Horan.

All in all, it’s an absolute delight, with a great cause to boot. But it also poses the eternal question – why can’t everything we wear be so darn fluffy?

The Pride Capsule is available now on the UGG website, priced at £100.

SOPHIE AND THE GIANTS:
'RIGHT NOW'