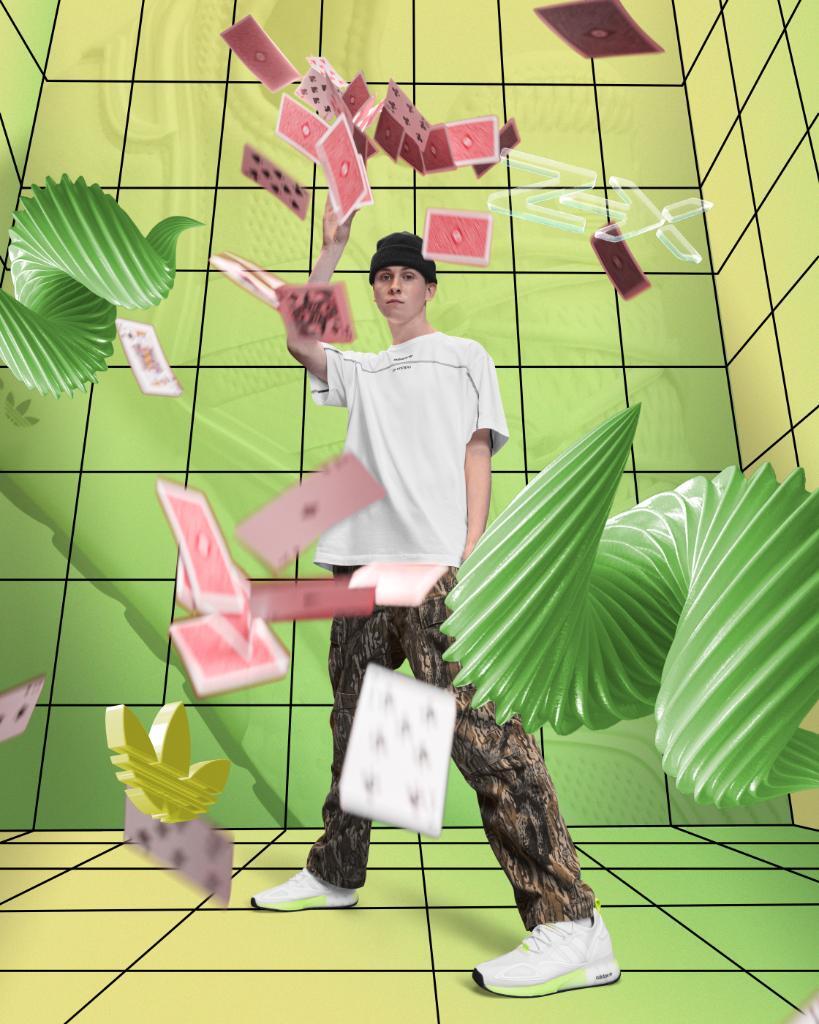 SLEIGHT OF FOOT: THE MAGIC BEHIND ADIDAS’ ZX 2K BOOSTS

Gone are the days of rabbits-out-of-hats, glamorous assistants getting sawn in half and coins behind the ears (though we could all do with that right now). The last decade has seen the magic world flourish with a new sense of cool, bolstered by streetwise magi from Dynamo to Troy.

Joining the circle is Billy Menezes, a seventeen-year-old talent stacked with sleight-of-hand skills and constant streetwear drip. Aside from counting the likes of Dua Lipa, Kate Moss, Skepta and Unknown T as fans (jeez!), he also is getting involved in the fashion world.

His way in? Simple – talking himself into parties he wasn’t invited to, performing tricks and bagging a load of A-lister pals (and repeat invites) along the way. If only he did a watch steal routine as part of his repertoire – he could’ve got some absolute crackers.

Now, he’s teamed up with Adidas to hype-up its latest pair of kicks: the ZX 2K BOOST. The ZX series has been running at turbo-speed since 1984, focusing on ‘squishiness’, giving the soles purchase and flexibility to allow you to bop around like nobody’s business, from road to rave to running track. Healthwise, probably not the best order, that.

Two colourways are offered this time around. First up is a solar yellow/hi-res red, which reminds us of the top and bottom boosters of your standard rocket lolly, i.e. sheer bright beauty. The other option is a white/violet pink, a minimalist cosmic take on the ZX that feels ice-cool.

But what did Billy make of it all? We asked him a few Qs, and, naturally, got him to perform a couple of tricks for us.

Just remember – next time you’re trying to sneak into that elusive West London party, bring a deck of cards with ya.

The Adidas ZX 2K BOOST is available now, not there, or there, but here.

When did you first realise you had a talent for magic?

Tell us the best party you’ve ever snuck into…

What’s the maddest celebrity reaction you’ve ever had?

What’s it been like working on the Adidas ZX 2K campaign?

and now for some magic…

Perfect Ten:
Komono celebrates a decade with a new capsule